Homoptera insects, once considered their own order, have now been placed into the Hemiptera order. Many people just refer to all insects as bugs. Well this is the one order where they are correct. Hemiptera are known as the True Bugs. These brown and green Stink Bugs are examples. Many true bugs emit a defensive chemical when disturbed, hence the common name. 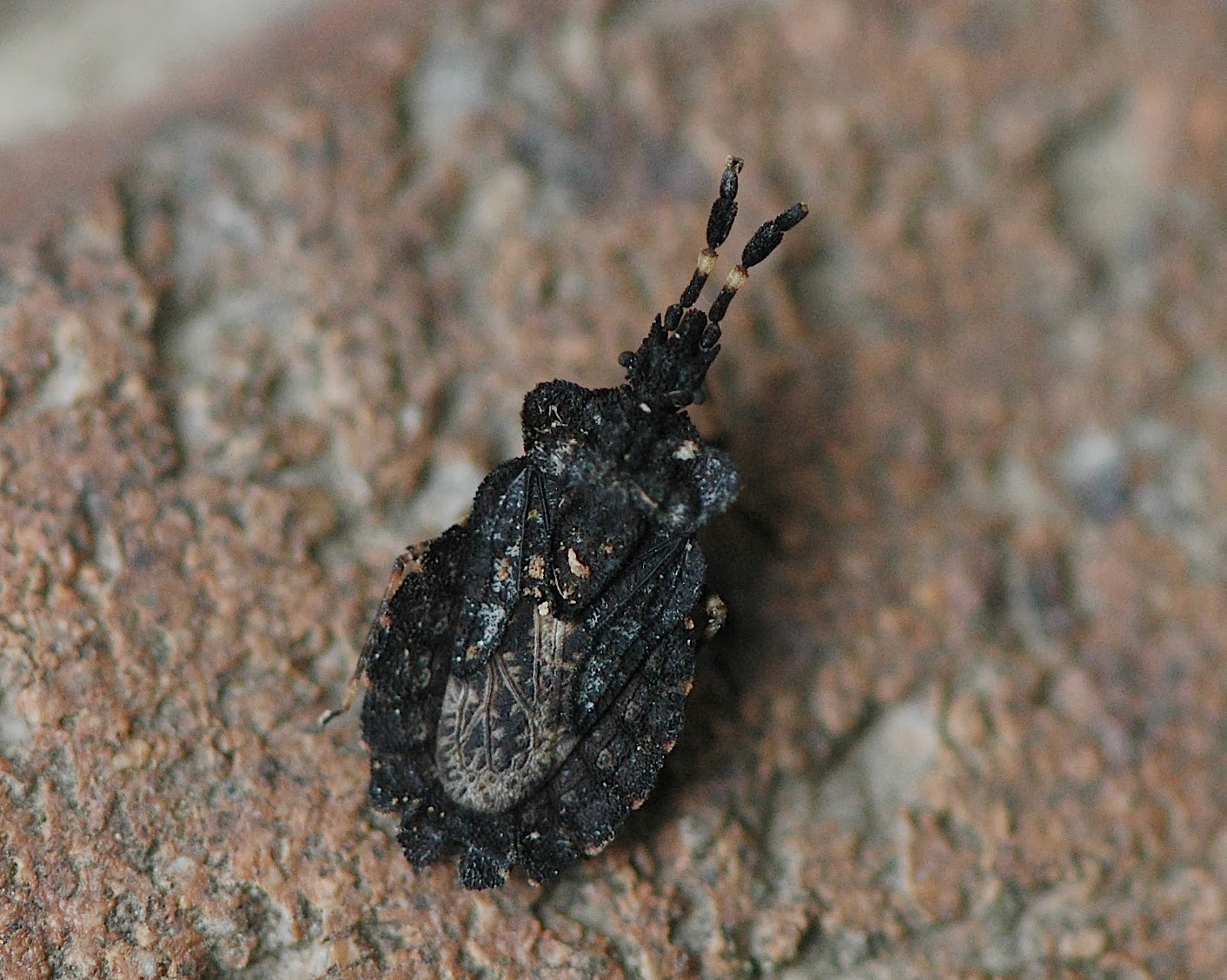 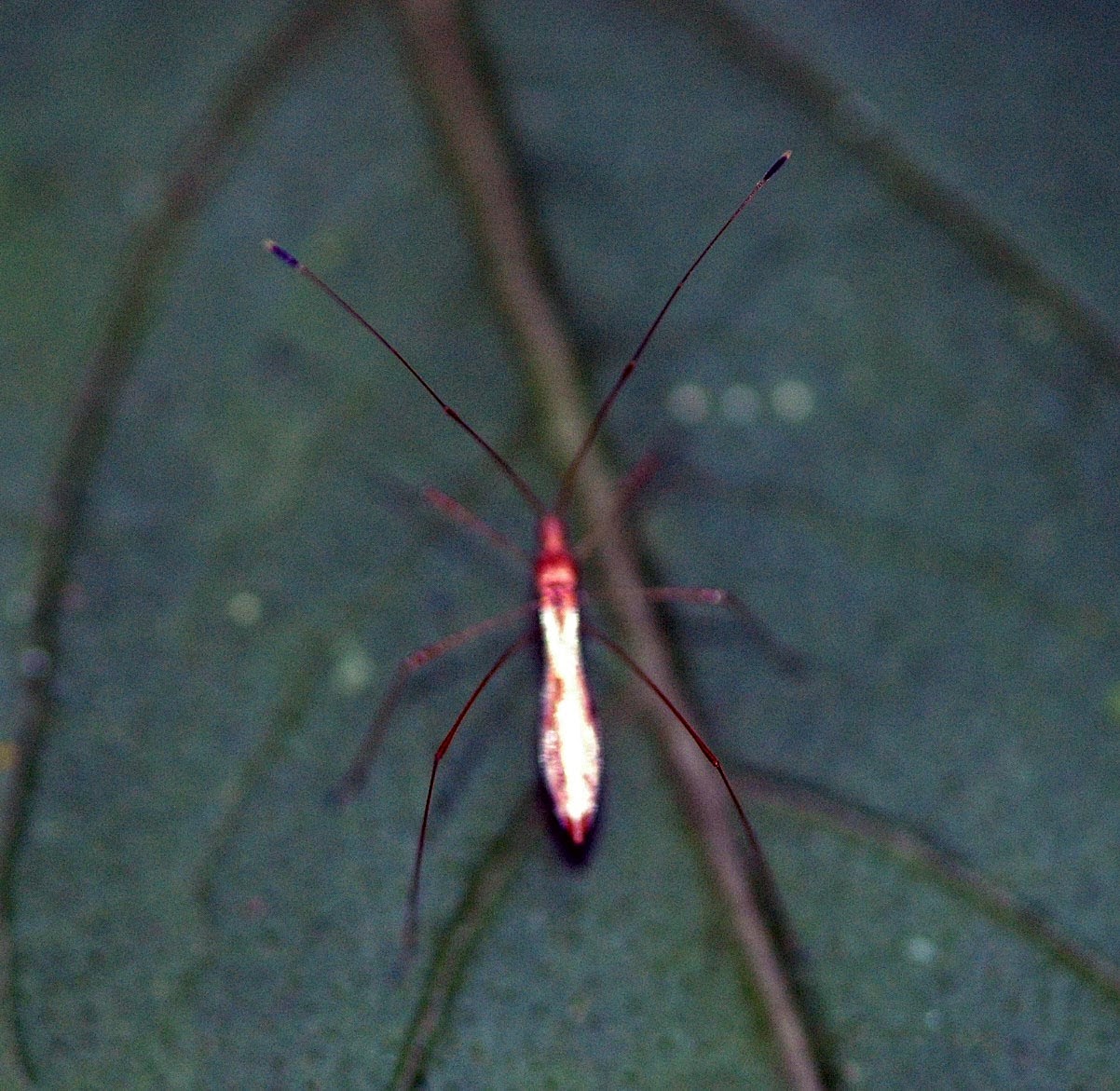 One of the characteristics of true bugs are the antennae. They are divided into 4 or 5 distinct segments. Look under the bark of fallen logs to find the black one. It's extremely flat, and yes, it's called a Flat Bug. The other, sitting high up on skinny legs, is a Stilt Bug. 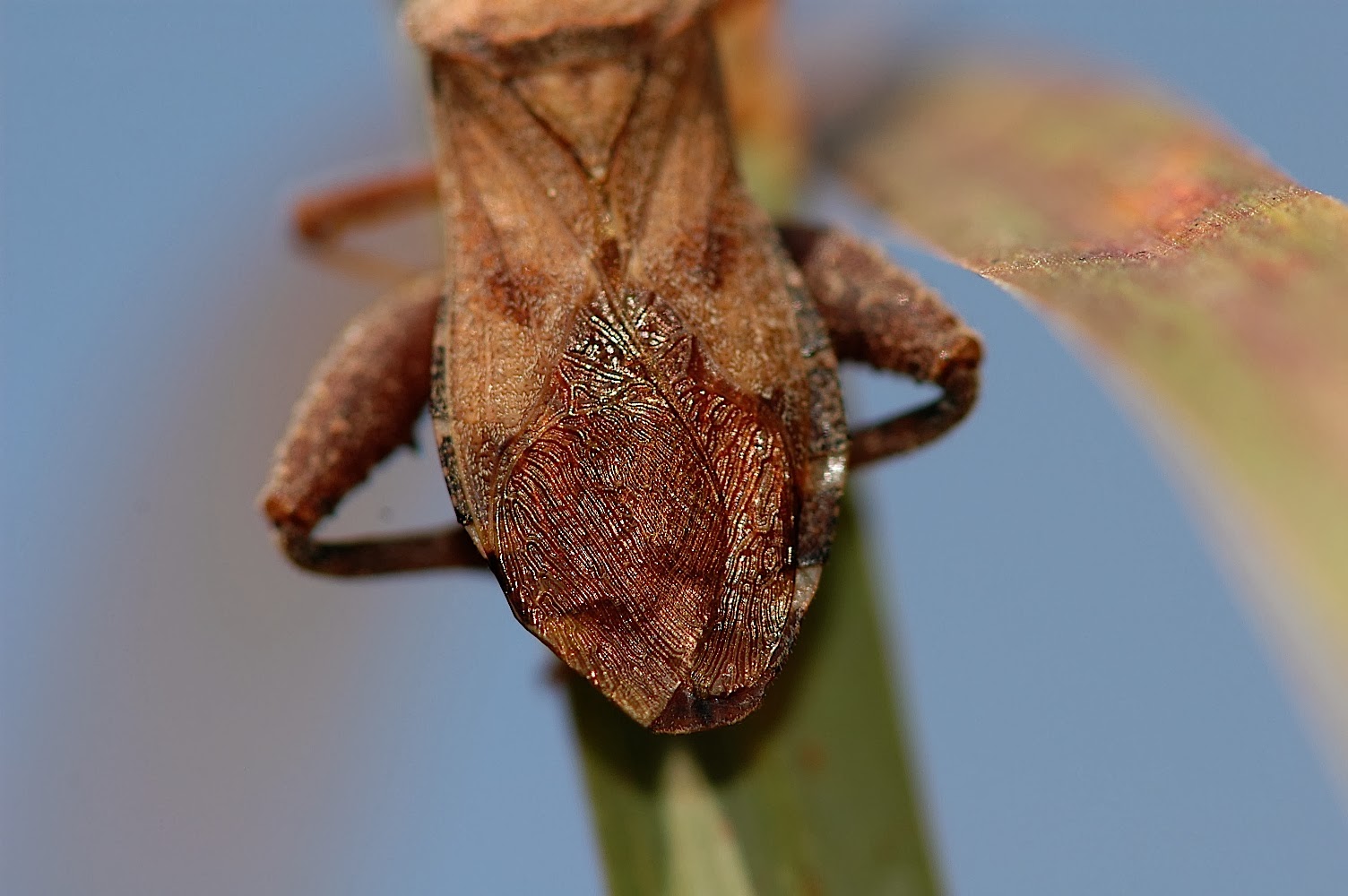 Hemiptera means half-wing. The upper portion is thick and leathery, while the bottom part is thin and membranous. With many bugs, you can count the veins in the lower wing to determine which family it is in. The large number of veins here tell us this is a Coreidae, the Leaf-footed and Squash Bugs. One wing folds over the other, and forms an X like pattern. 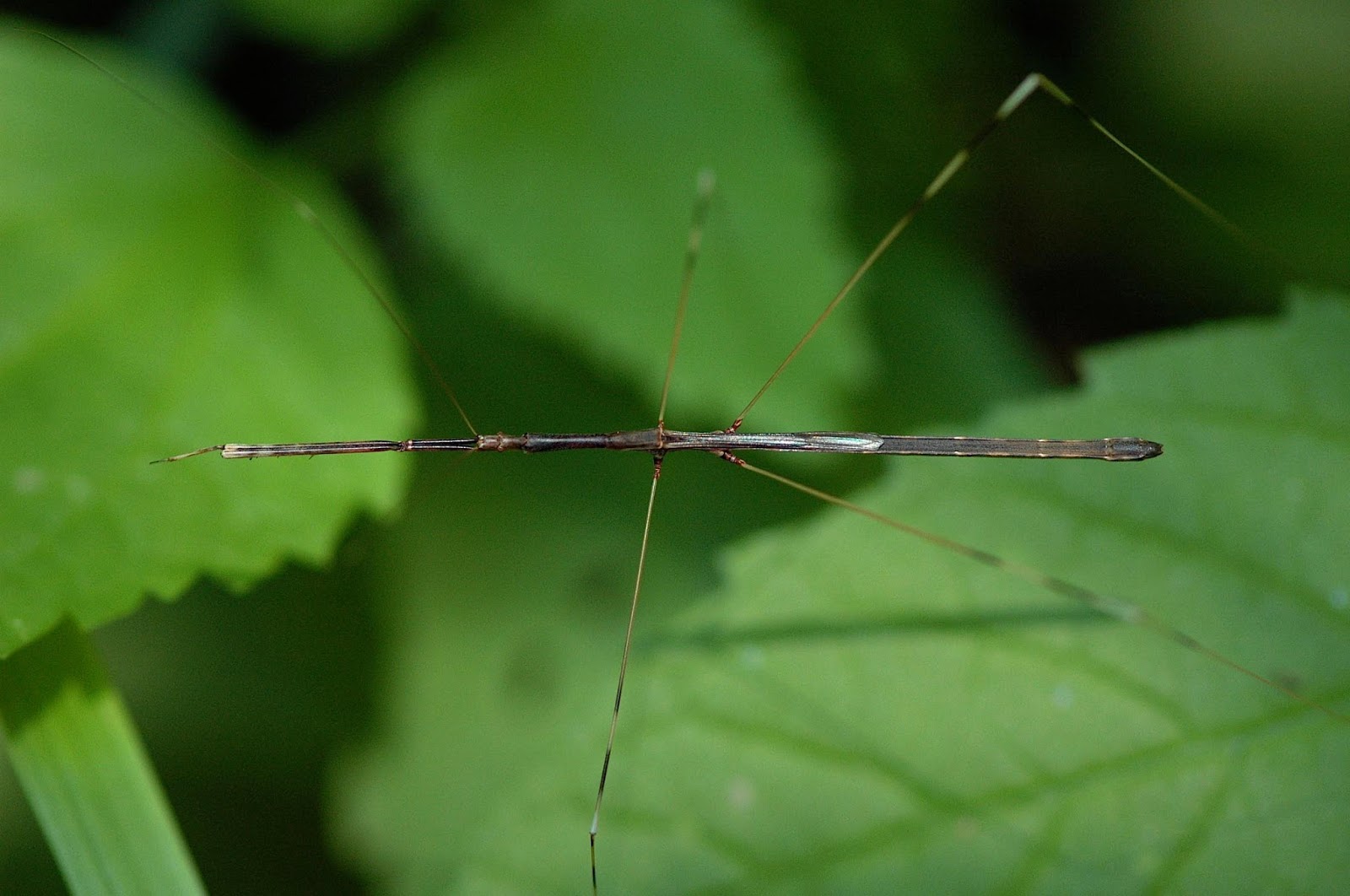 Most Hemiptera are easily recognized because they are usually round or have broad bodies. Occasionally you'll find something that looks like a cross between a walking stick and mantid, such as a Water Measurer, Water Scorpion, or this skinny Assassin Bug. 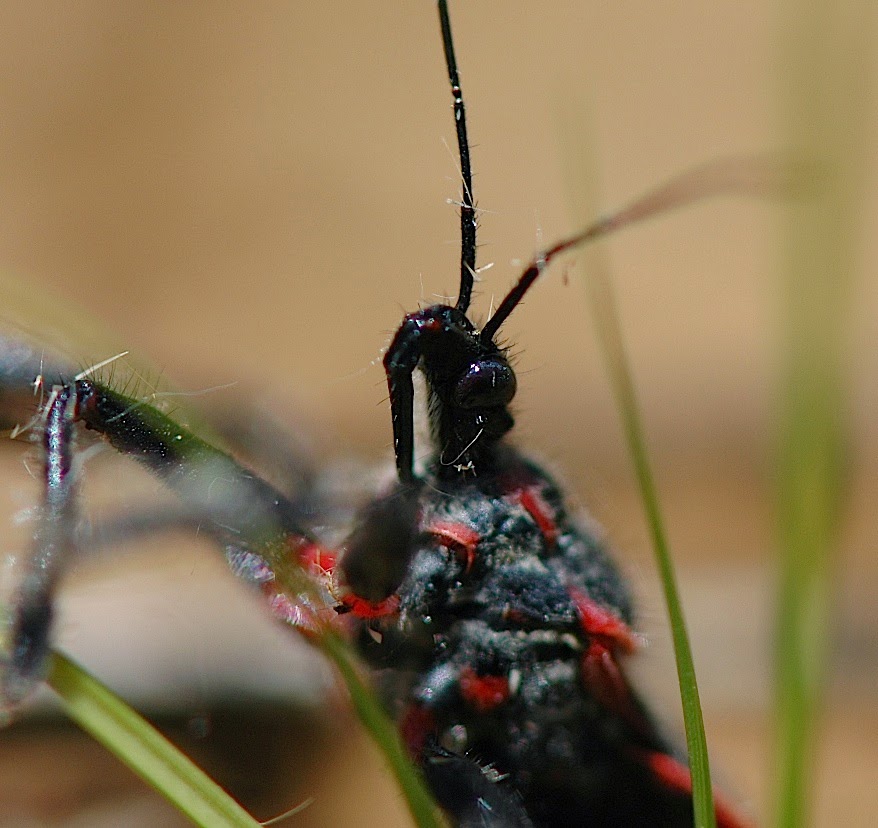 The other character to look for on True Bugs are the mouthparts. The lips and mandibles typical of chewing insects, are elongated into a piercing beak. Many, like this Bee Assassin Bug, use them to catch prey. Others simply pierce plants to suck out juices. By the way, those beaks can penetrate skin, and it's not a pleasant experience. 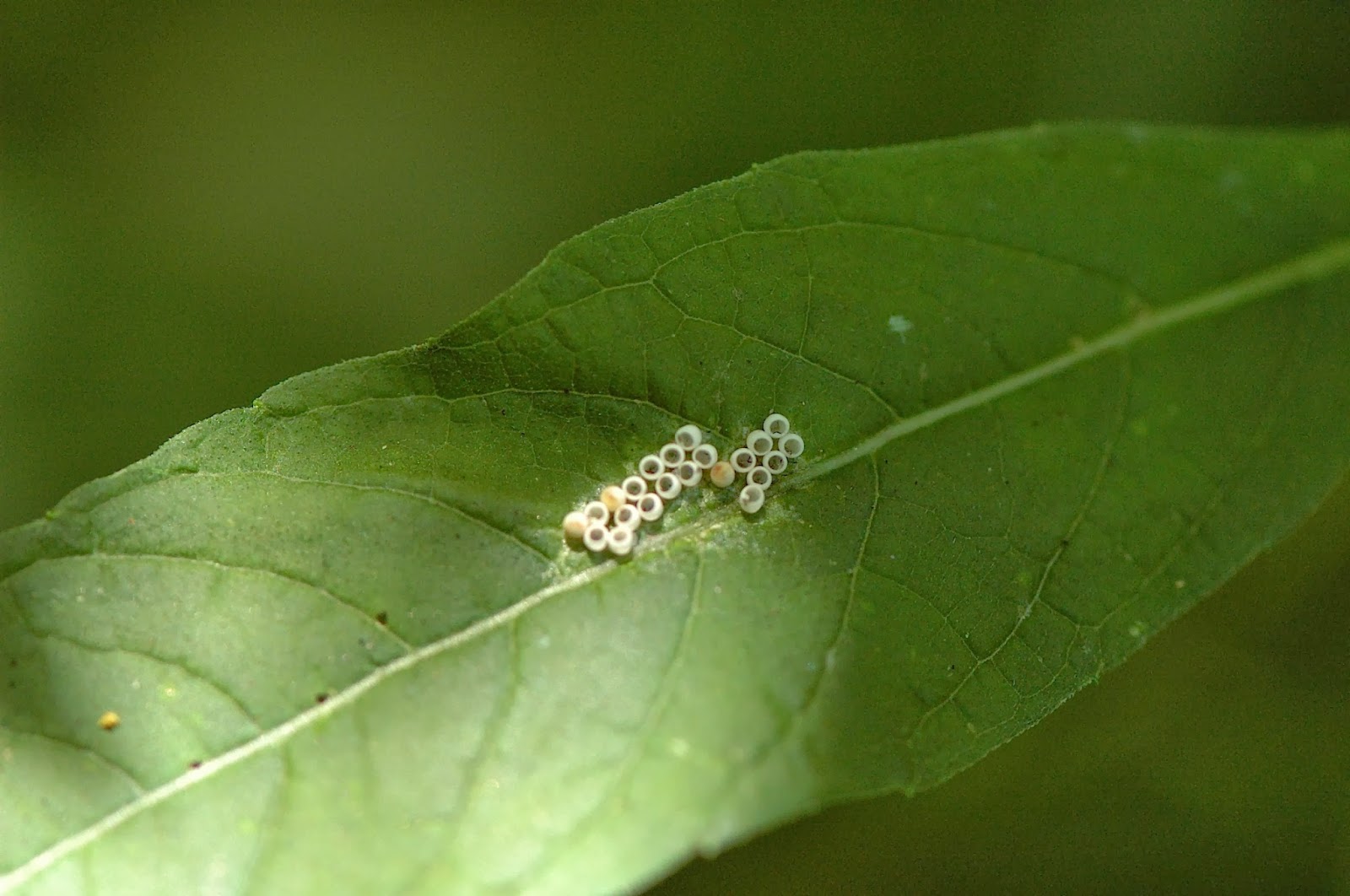 True Bugs lay their eggs in batches, and upon hatching look like a bunch of empty barrels. 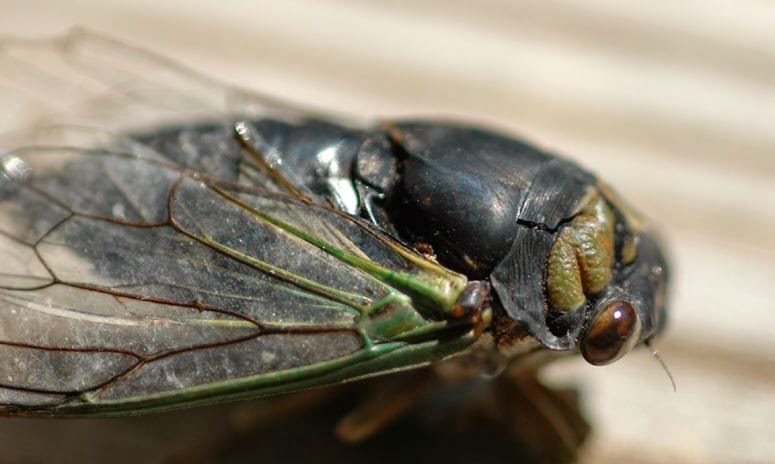 So back to my original title, the Homoptera insects. These are the plant feeders. Homo-ptera, meaning 'same wing', do not have a two part wing. They also hold their wings over their back in a tent like shape. All the other insects I've mentioned so far hold their wings flat against the back. Cicadas are part of the Homoptera group. Notice the antennae is a simple thin wire, not long with distinct segments. So why were they all put in the same order? I'm sure I can't answer that. 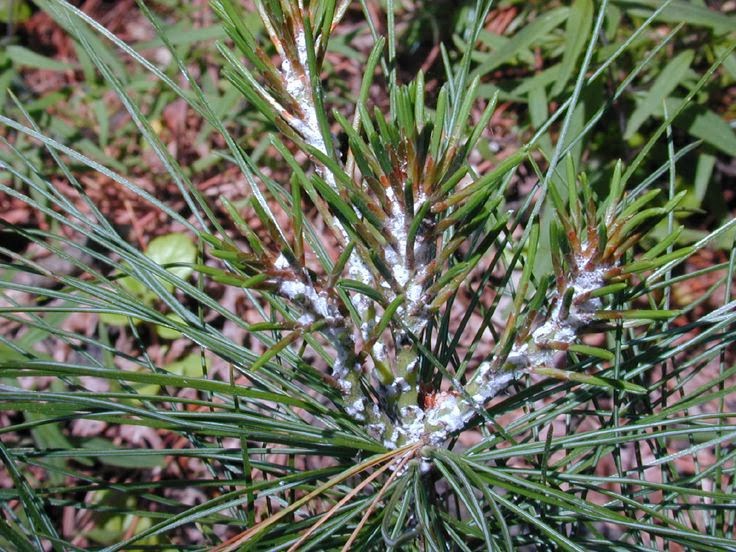 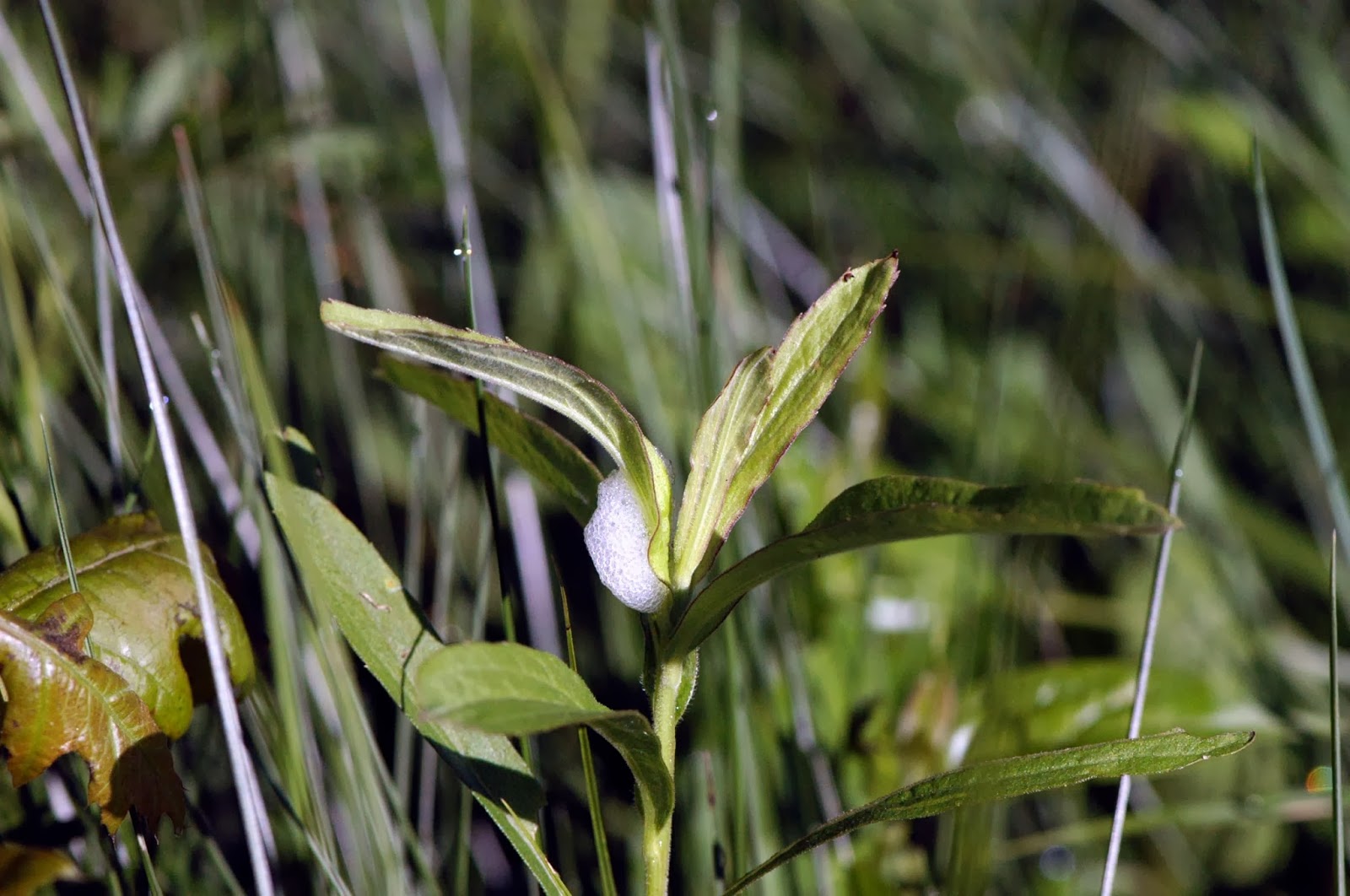 Spittlebugs, easily spotted by the froth of bubbles the immatures use to hide under. Whiteflies, Mealybugs, and Scale are also Homopterans. 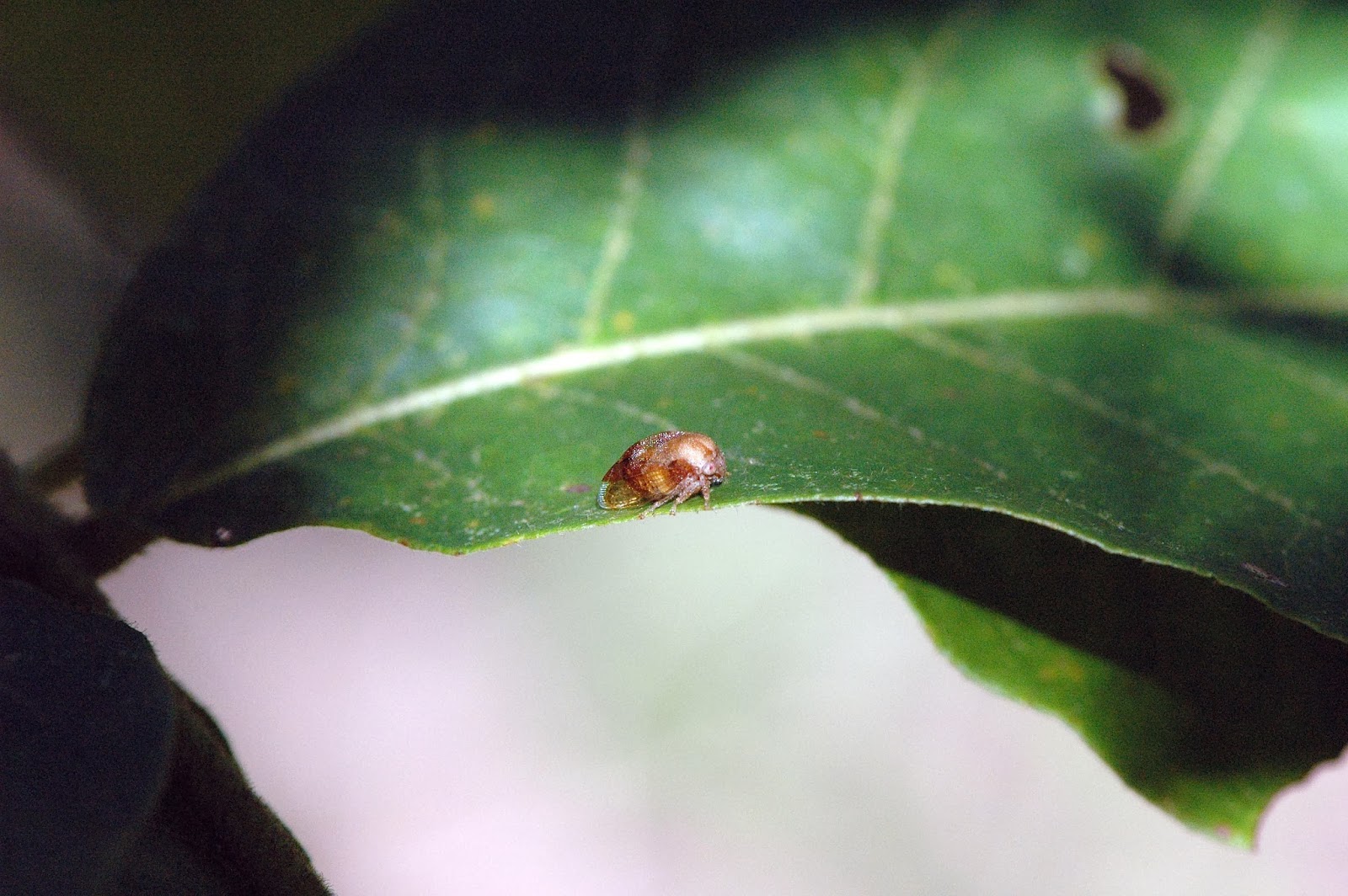 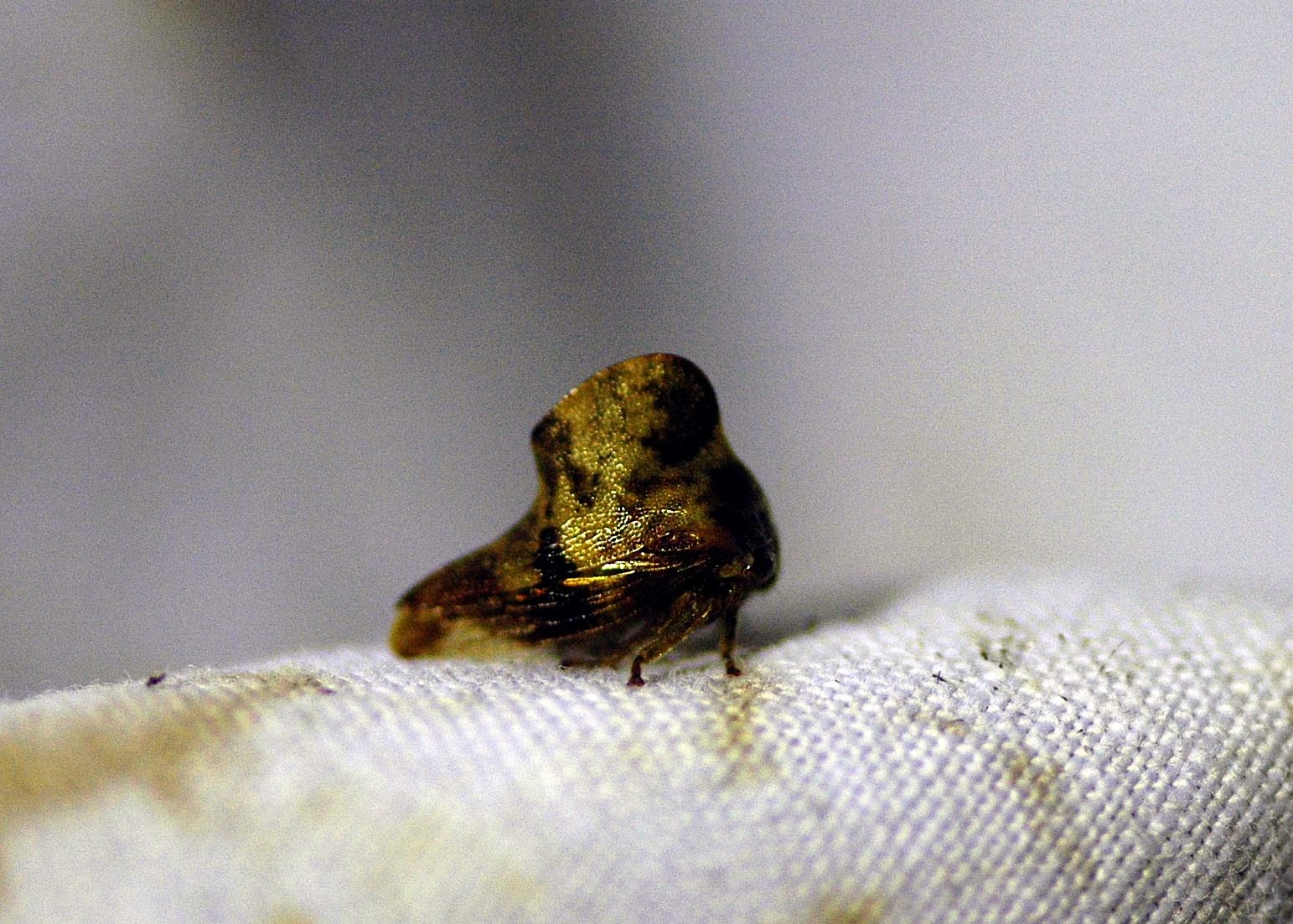 Other Tree-hoppers will have a raised ridge on their back like this Telamona species. 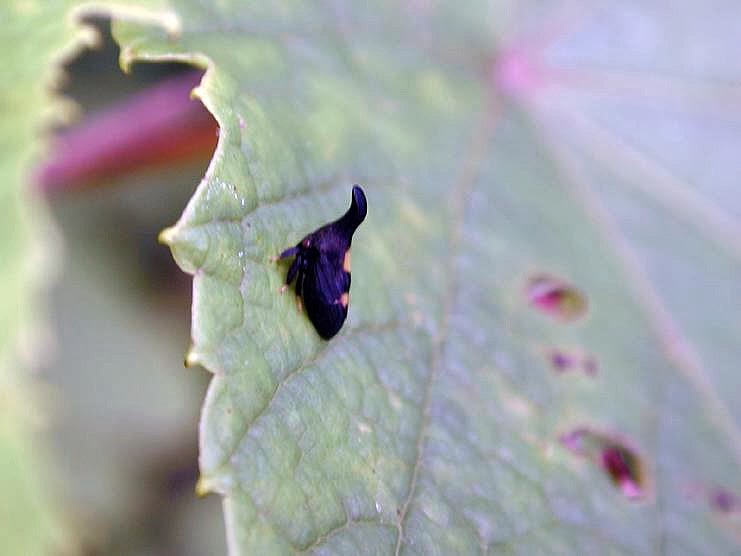 Still others will have that ridge form into an elongated point. This is the Two-marked Treehopper, Enchenopa binotata. 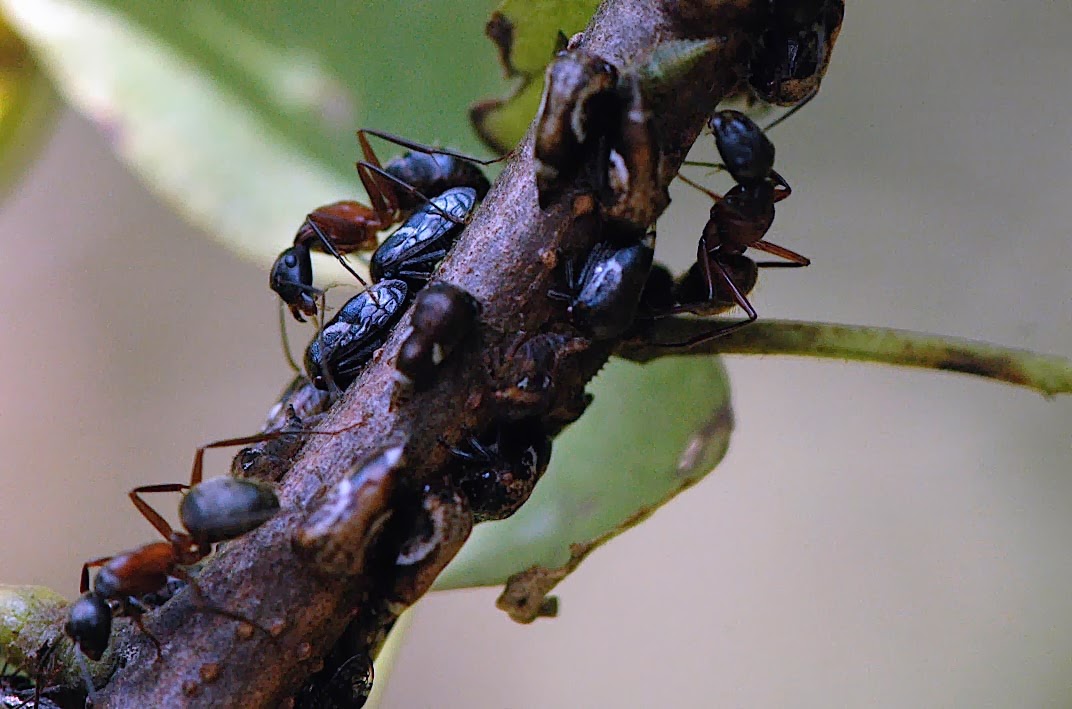 Many homoptera insects are sought out by ants, bees, and wasps. They like to feed on the extra sugar water excreted by these insects. Because of the quick energy boost they get, ants often herd or protect homopterans from predators. This Tree-hopper species is Vanduzea arquata. 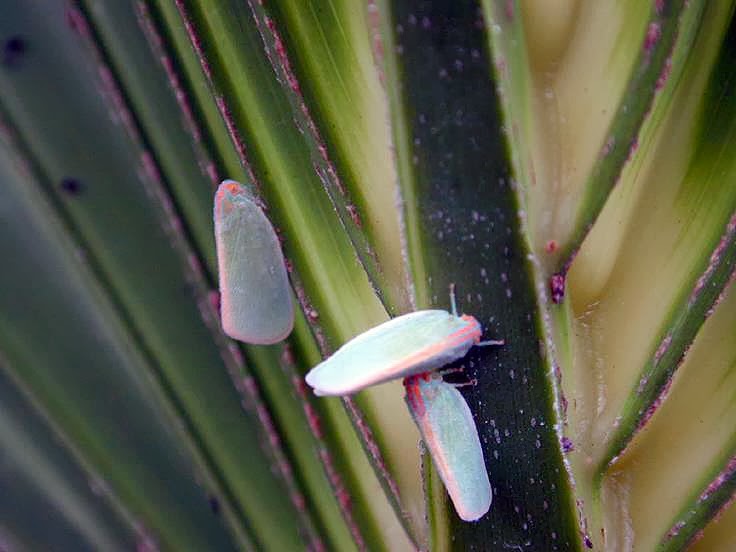 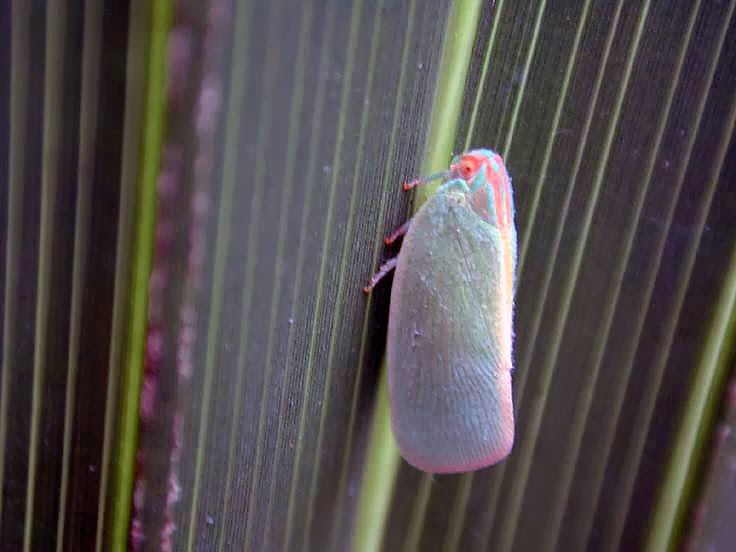 The following are species commonly seen around Ohio. Candy-striped or Red-Banded Leafhopper, Graphocephala coccinea. They are often called "sharpshooters" because they don't just emit a drop of sugar water, they shoot it out in rapid pulses, like a little machine gun. 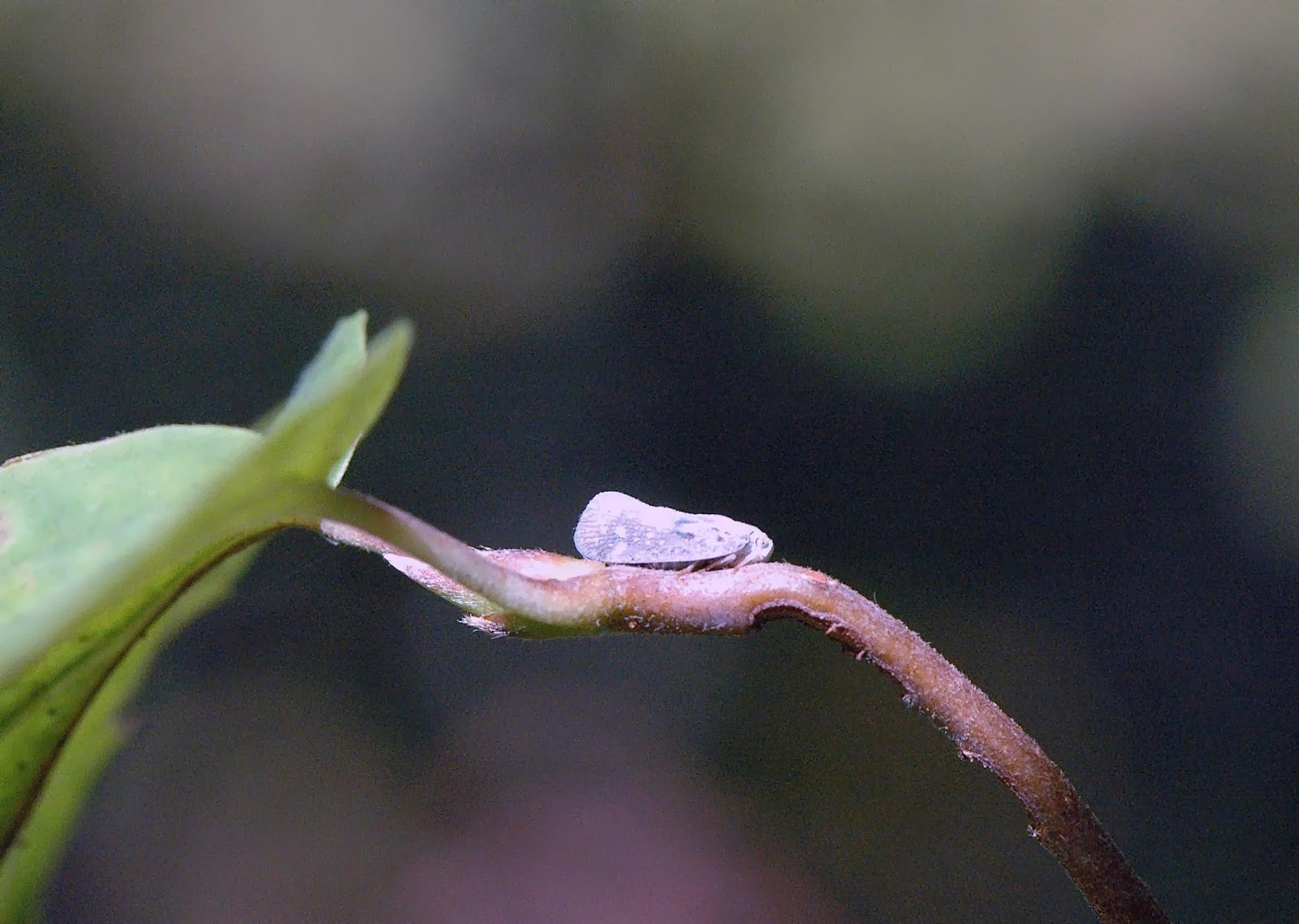 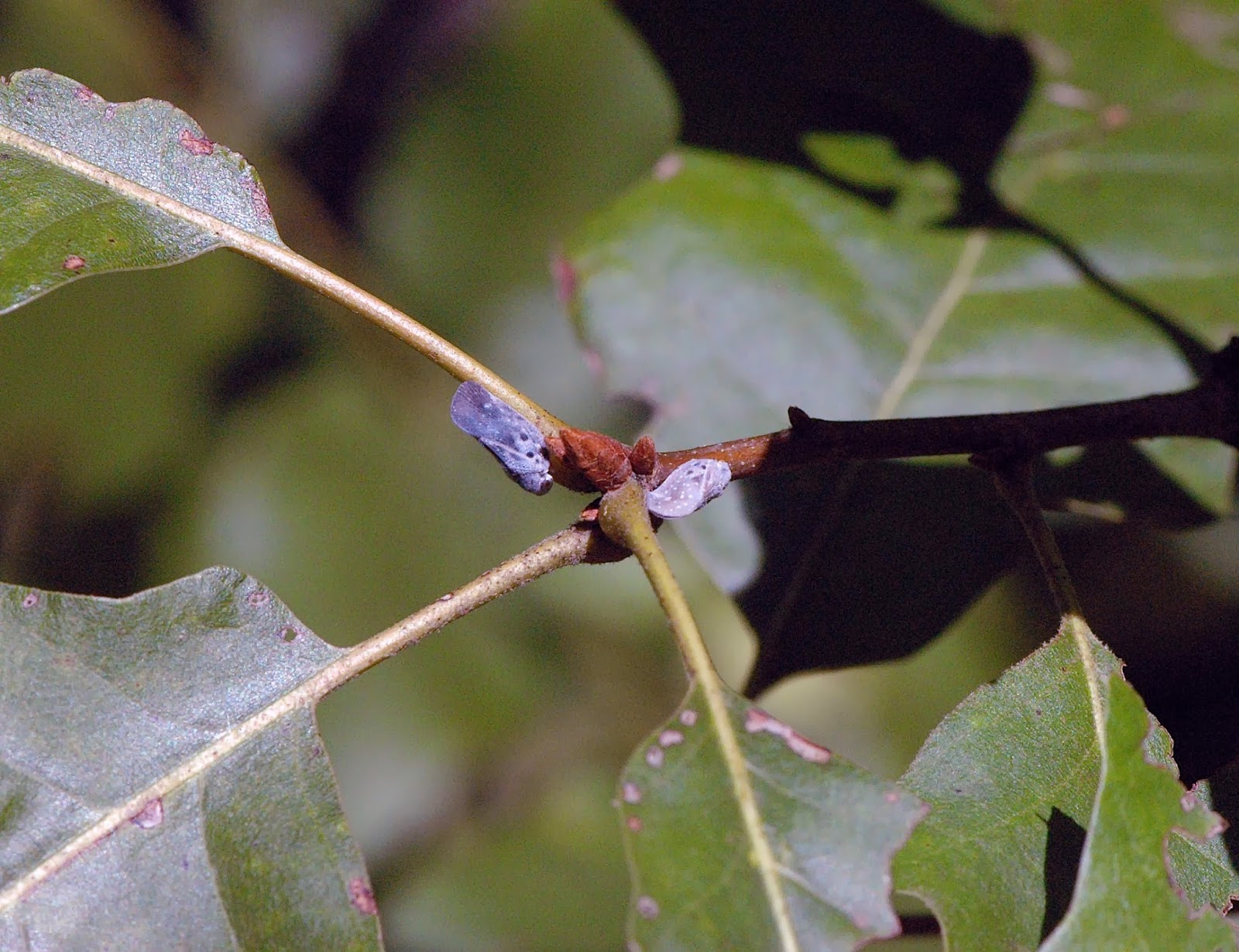 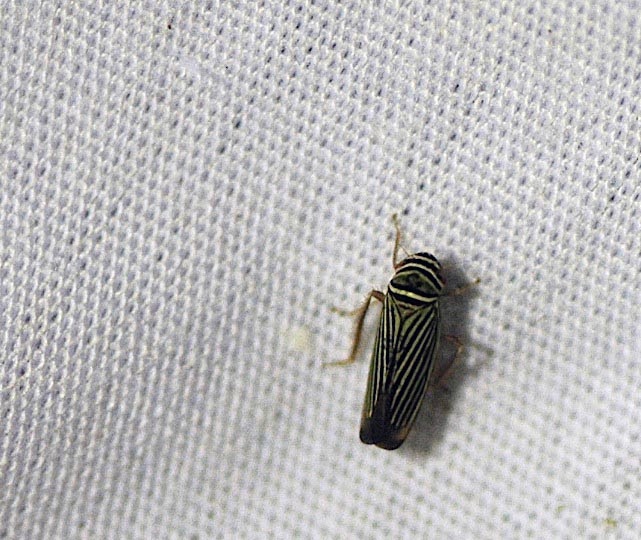 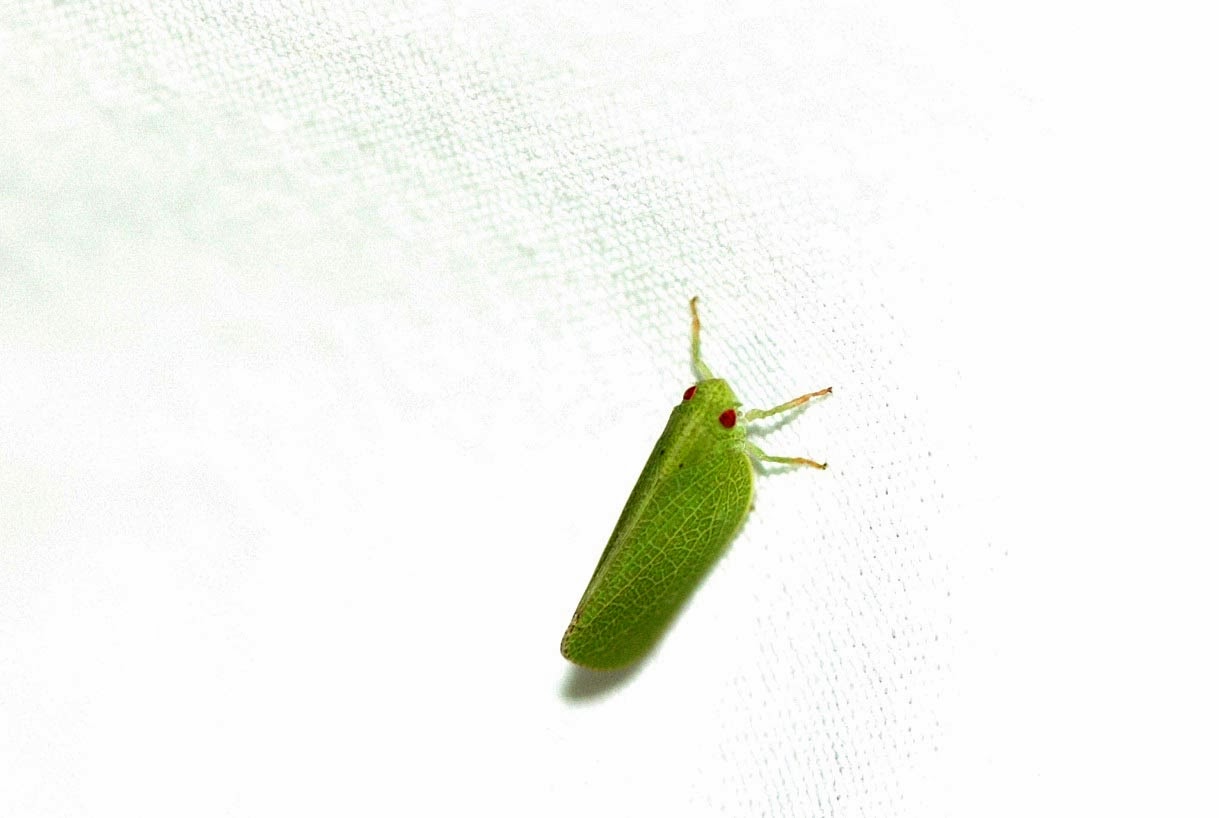