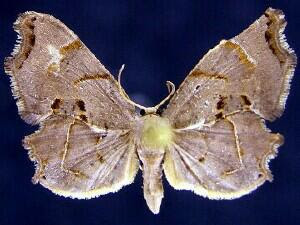 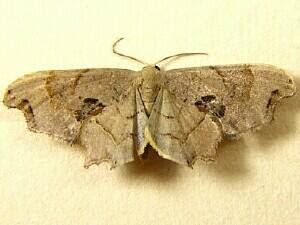 Bob Patterson photo
Scoopwings, Uraniidae (Epiplemidae), are a small family of moths that also resemble some Inchworms. There are only two species here. 7653 Calledapteryx dryopterata, the Brown Scoopwing. The wing edges are scalloped in this species. Rather than paying attention to the small stripes, I look for a dark patch at the base of the forewing, and one at the outer edge of the upper forewing section. 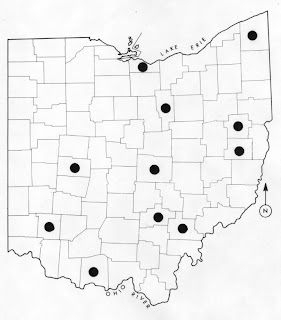 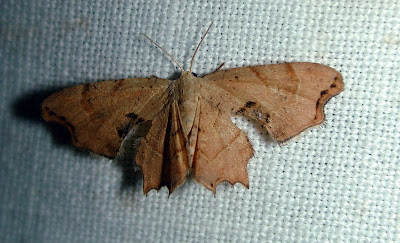 When at rest, Scoopwings frequently sit with their front and hindwings apart from one another. This gives the appearance that a portion is missing, as if they were bitten by a bird or bat. 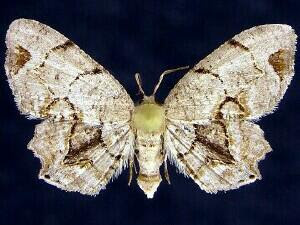 7650 Callizzia amorata, the Gray Scoopwing. Similar to the above, but overall base color is gray not brown. The forewings are less scalloped, and the hindwings contain more black. Records indicate it is found from coast to coast. I have collected it in Michigan, but haven't seen it yet in Ohio. 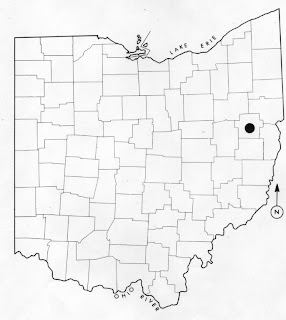 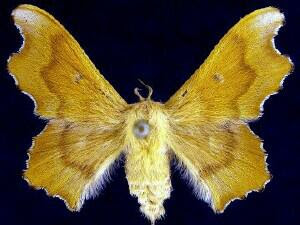 Mimallonidae family, known as the Sack-bearers. The name comes from the behavior of the larvae. Caterpillars build a purse, or sack of silk around their bodies, and spend the winter in a sleeping bag. They pupate the following spring. The adults are fat bodied and hairy. They may be mistaken for a small Silkmoth. This one is Lacosoma chiridota 7659, the Scalloped Sack-bearer. This is the female. The name points to the obvious irregular pattern of the wing margins. 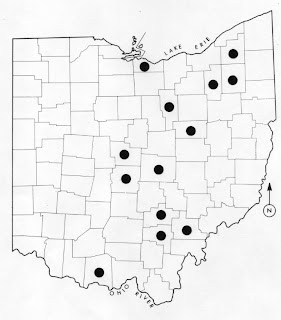 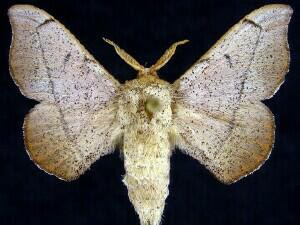 7662 Cicinnus melsheimeri, Melsheimer's Sack-bearer. This species is larger than the previous. The color is a light pink-orange, and the wing edges are much more uniform. I made up my own name for this. I call it the peppered sack-bearer. It looks like the wings and body have been dotted with black pepper. Again, there are several Inchworm moths that have similar looking stripes in the wings, but Inchworms don't have bodies this fat. 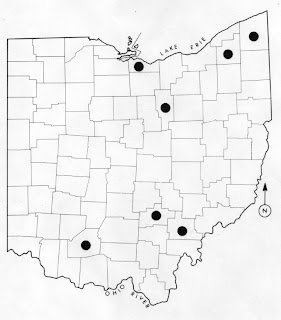 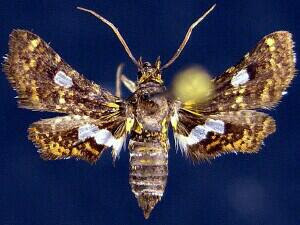 Thyrididae, the Window-winged Moths. Well they may be called that, but you can't really see through the windows. They are translucent at best, but not transparent. These are small moths often seen at flowers during the day. 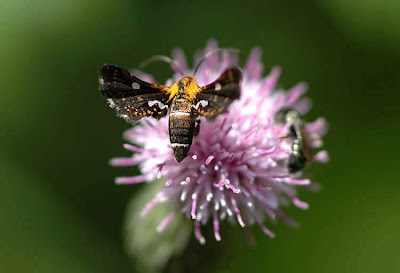 6076 Thyris maculata, Spotted Thyris. The thorax is bright yellow, and the wings will be spotted with small orange-gold dots. These moths tend to show both sets of wings when hovering, so the white spots  are easily seen. 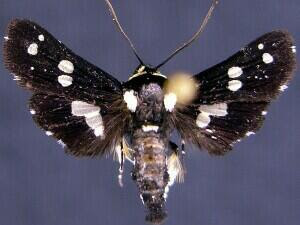 6077 Thyris sepulchralis, the Mournful Thyris. It's in mourning, so it's wearing black. With that background, the white spots make this easy to identify. This species also wears a white collar around the neck. The short blunt wings serve to separate it from any other black and white moth. There are a few records north of Ohio, but this is a species of the southern states. 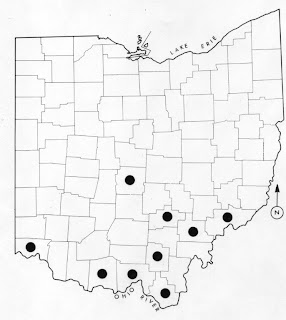 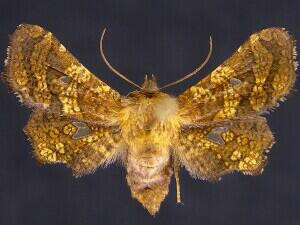 6078 Dysodia oculatana, the Eyed Window-wing. You have to look close to find those window patches. The yellow orange mix give this moth a brassy, shiny appearance. 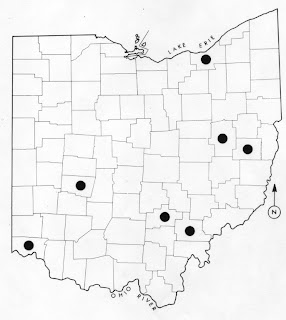