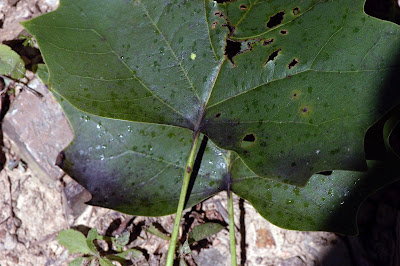 I decided to go out today and observe the damage being created by this scale for myself. Most Tuliptrees I saw were covered with Scale insects. Here is the Black Sooty Mold I mentioned in the previous post starting to cover the leaf. 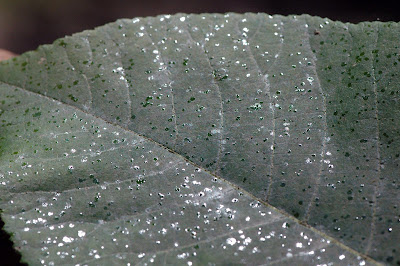 If you wonder whether or not you have aphids or scale insects on your trees, just look around on any leaves of plants near the ground. They will be sprinkled with fallen honeydew like this. 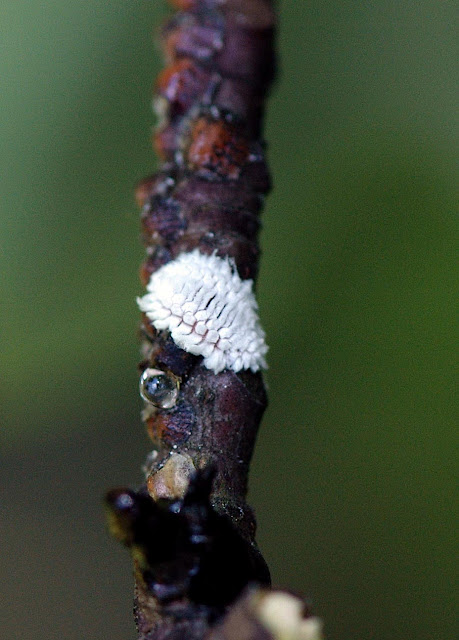 Turns out this is the larva form of a Ladybug or Ladybird Beetle. It's in the genus Hyperaspis, and the species is part of the signata complex. The white hairs have a waxy coating on them. It probably serves as a protection against the ants and wasps that are usually around protecting the scale insects. Good thing too, because this guy is a natural predator on scale.

On the very next branch I caught this guy roaming among the scale. This is the adult form of the white larvae Hyperaspis. Yes the scale still outnumber the beetles, but here is natures balance in action.
Posted by DenPro at 6:23 PM