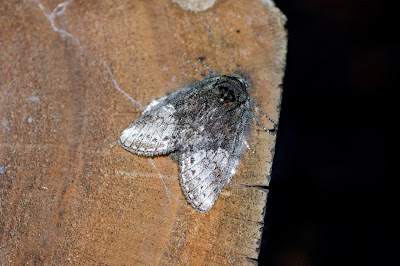 This Heterocampa Prominent welcomed us to another night of mothing at Wahkeena Nature Preserve. There was nothing I wanted to collect that night, so I spent it helping people with identifications. This annual event is not something advertised to the public. Robyn invites a small circle of friends. Lisa, Roger, and myself were the usual suspects. We met David and Laura Hughes at Mothapalooza, and they brought a light setup of their own. A couple of other moth photographers showed up, so we had quite the busy night. 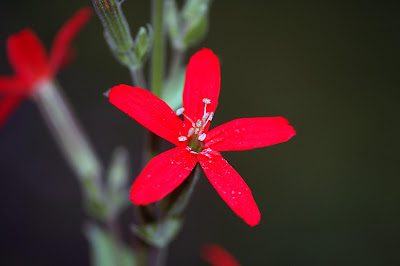 As we usually do, Lisa and I showed up early in hopes of shooting other things before dark. Here are some of the plants we found. Royal Catchfly, Silene regia. 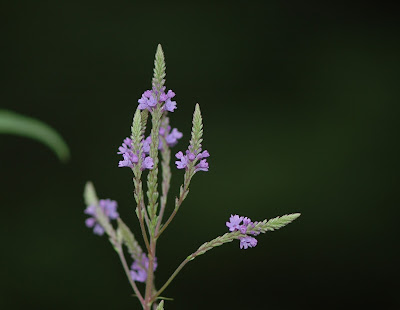 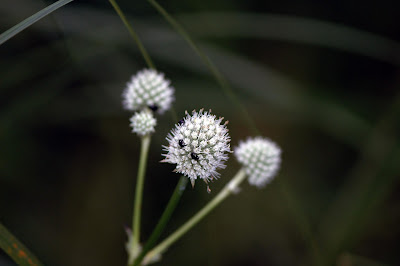 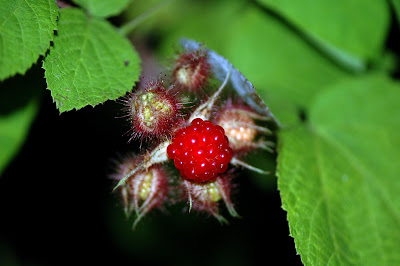 Wineberry, Rubus phoenicolasius. Wineberry is an imported Asian species of Raspberry. It spreads incredibly fast. If you grow it, you have to keep an eye on it to prevent escape. For those who hate the seeds of Raspberry and Blackberry, fear not. This is a seedless variety that is absolutely scrumptious to the palette. They practically melt in your mouth. 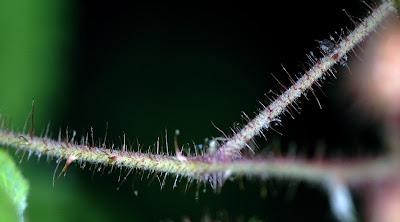 The leaves are divided into threes, and the twigs are purple-red. Be careful handling it, the stems are covered in bristly hairs and thorns much like that of Bristly Greenbrier (Smilax).


Always a highlight finding Orchids, this is the Green Adder's Mouth, Malaxis unifolia. A green flowered, single leaved species, you have to look real carefully along the ground to find it. They only grow about six inches tall. 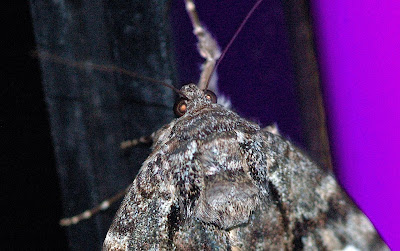 Back to Lepidoptera. Moths, like their ancestors the Trichoptera, have hairs covering their bodies. Unlike Caddisflies, in the Butterflies & Moths, most of the hairs have flattened out to form scales. Essentially, Lepidoptera are covered in scaly fur coats. 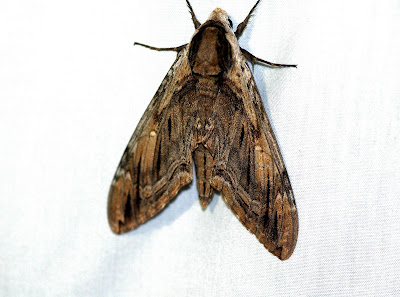 Elm Sphinx, Ceratomia amyntor. The larva is known as the Four-horned Sphinx. 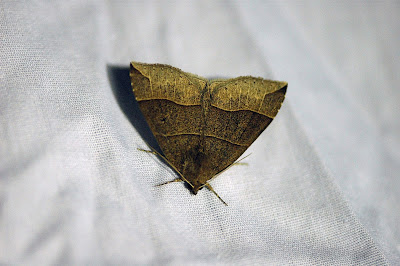 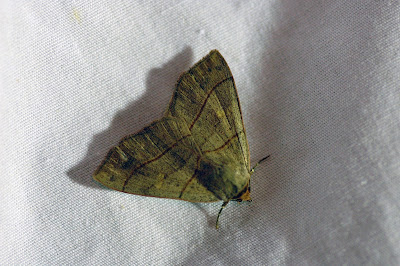 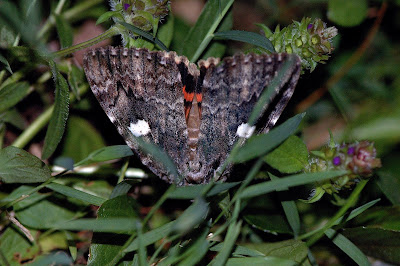 Upon approach to landing, catocala flight 101 caught a wind sheer and crash landed head first. Fortunately, nobody was hurt. It is mid July, and for the next two months, the bulk of the Underwing species will be hatching. This one tried hiding with its head under the grass. It's Catocala ilia, the Ilia Underwing, a large species with bright orange hind wings. It is easy to identify, especially the forms with those white spots on the wings. 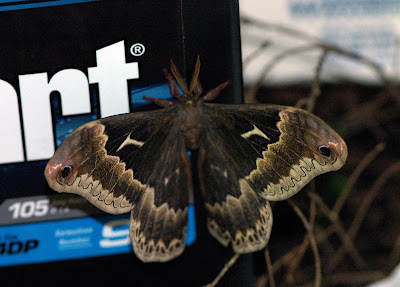 Tulip Tree Silk Moth, Callosamia angulifera. This is a male, which looks very similar to male Promethea Moths. In Promethea, the white spots in the center of the wing are missing. Both were present that night, along with IO, Imperial, and Rosy Maple Moths.

A gathering of Silk Moths. Here's a photo from Laura showing the abundance from that night. 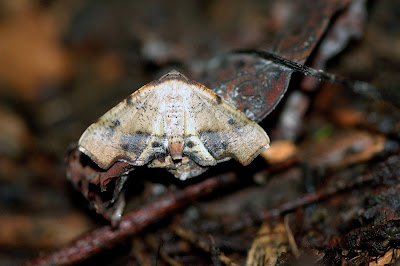 Straight-lined Plagodis, Plagodis fervidaria. The so called 'straight line' is a bit faded in this inchworm specimen. It's not that they are worn away, this is a highly variable species. Sometimes those gray spots are purple, and the hindwings often yellow. 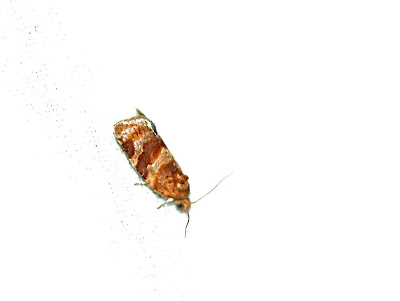 Too much light on the sheet, and too much flash. One of these days I'll learn. This is one of the micro moths known as Leafrollers, a Tortricidae.  Probably an Argyrotaenia species, possibly pinatubana. These are species you have to have in hand, and compare to a reference collection to be sure. 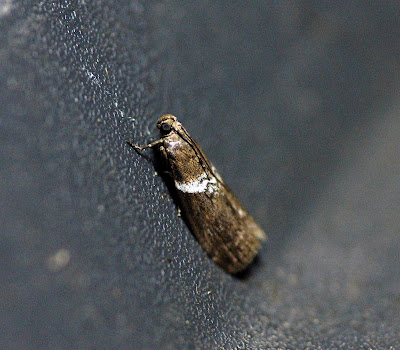 Another micro moth from the Pyralidae family. The genus is Salebriaria, and that's as far as one should go with just a picture. There are many species that look similar. Did you notice the mohawk buzz-cut on top of the head? Those are actually mouth palps that they keep curved upward instead of below. 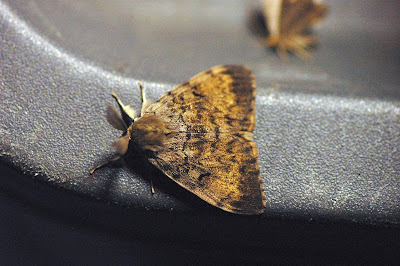 Oh boy, this was not a welcome sight. It's the one and only Gypsy Moth, Lymantria dispar. I've been dreading their arrival, but the front edge of the movement is now down to Hocking and Athens County. There was a Gypsy Moth outbreak in Hocking back in the late 90's, but it was contained. Here they come again. This is the male of course, the females being white and incapable of flight. 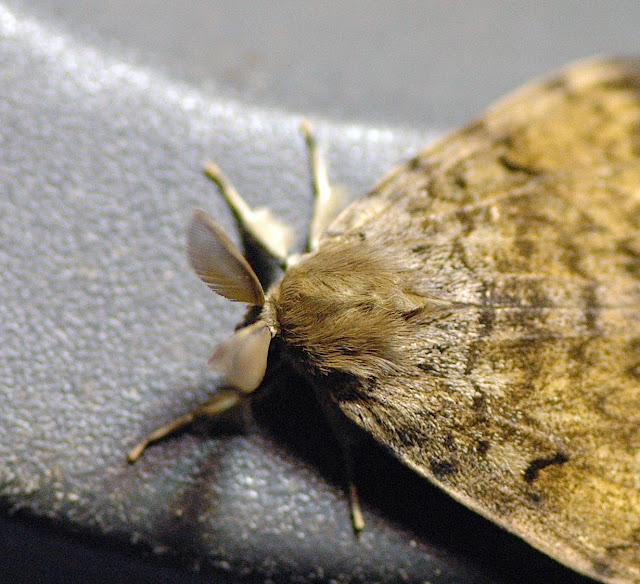 Here he is with the large feathery antennae sticking straight up, just waiting to pick up the pheromone scent of the female. 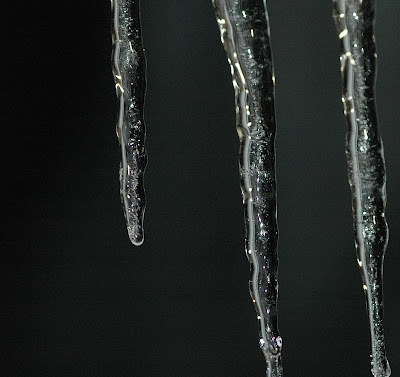 It was a cloudy night, the stars and moon peeked through the frozen sky. Everyone was huddled close together in anticipation of what would appear. There was a deep chill in the air. Deep chill? What is this, a novel? I've been complaining about all the rain lately. Then I realized the alternative, it could be WINTER! I decided not to whine so much.