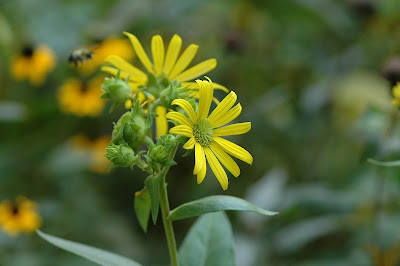 DYC's?  Yes, Damn Yellow Composites. Let's tell it like it is.  This is one of those difficult groups to get to species. I'm going to attempt to separate many of those I have seen in this area, both wild and in plantings. Rather than deal with a genus all at once, I will use morphological characters to 'try' and keep them apart. Since this is an extremely large subject, I will post in several parts.

A) Does the plant have very showy rays?  (Rays look like flower petals)
B) Are the rays extremely reduced or totally absent?  Let's deal with these first. 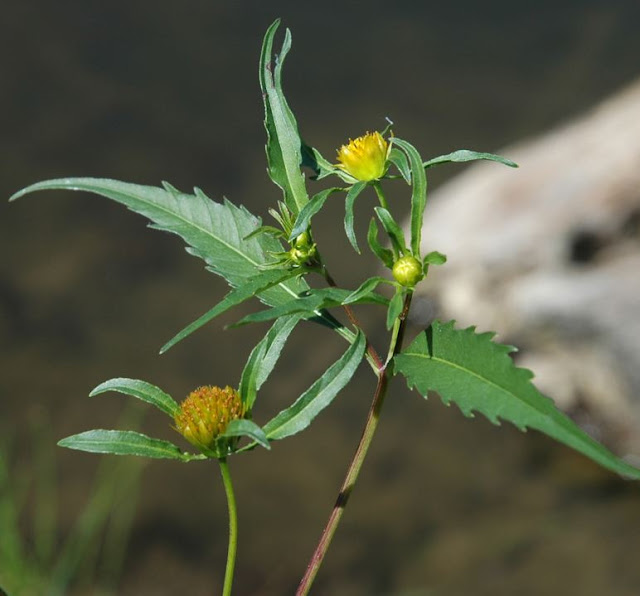 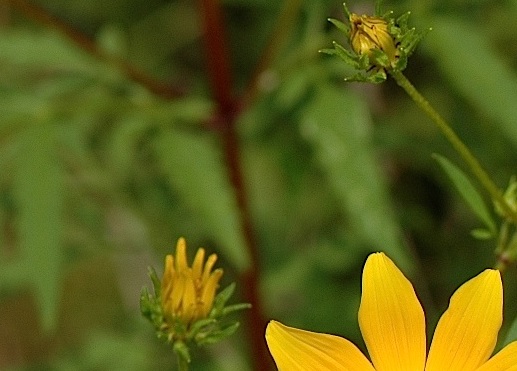 In order to do the others, you have to look at the bracts or Phyllaries. These are the green leaf-like structures surrounding the flower head. 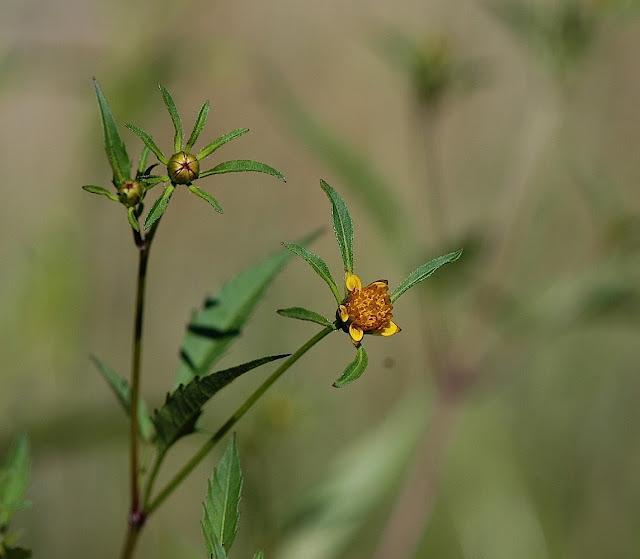 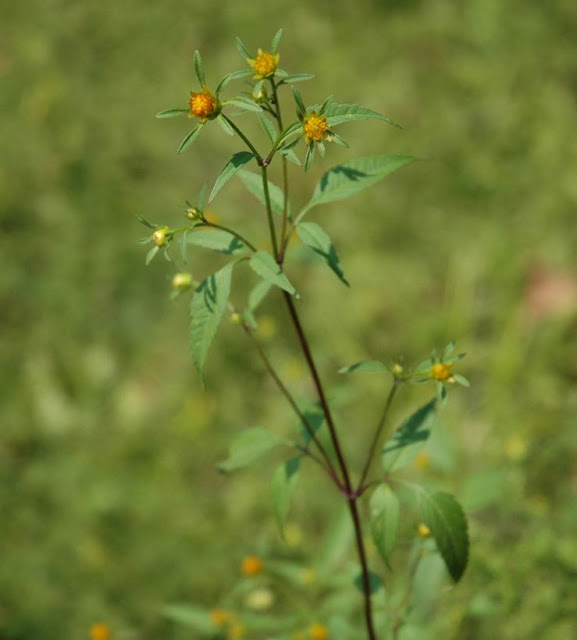 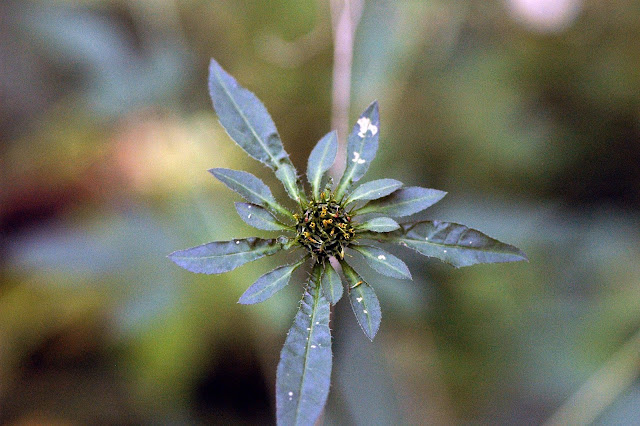 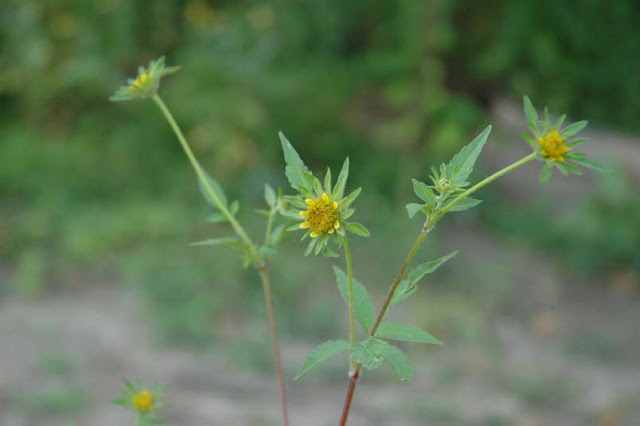 Bidens vulgata, compare the two species by looking at the amount of green behind the flower head.

Now on to the showier ones.

1a) Leaves opposite... Crowns-beard, Verbesina helianthoides
1b) Leaves alternate...2 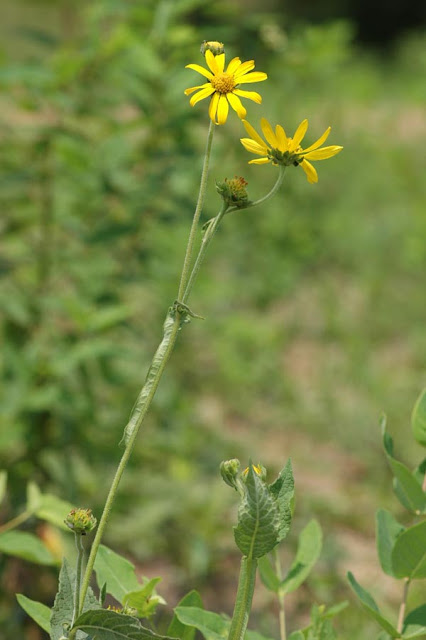 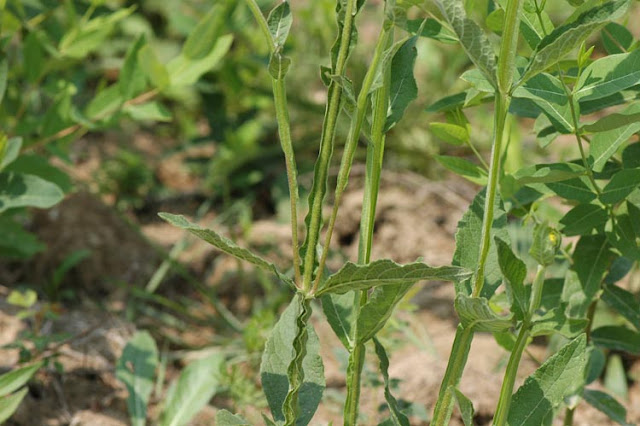 Crowns-beard is a south-central Ohio species not normally found here, but I have seen it in prairie plantings. 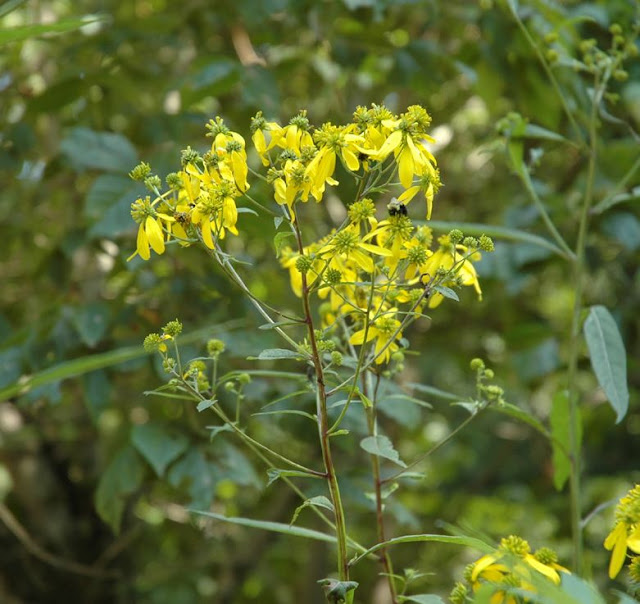 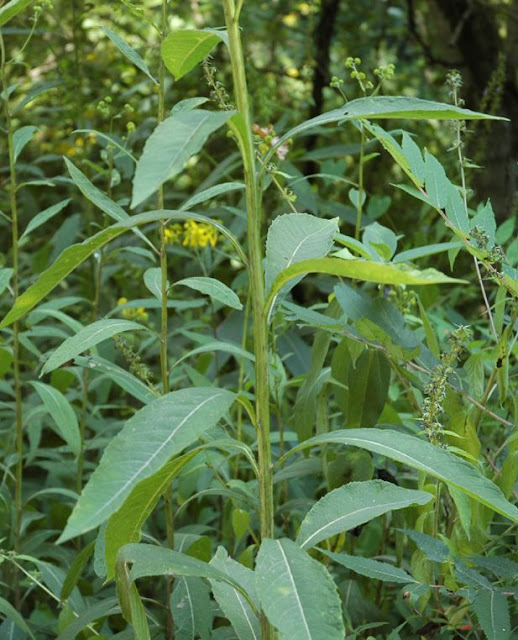 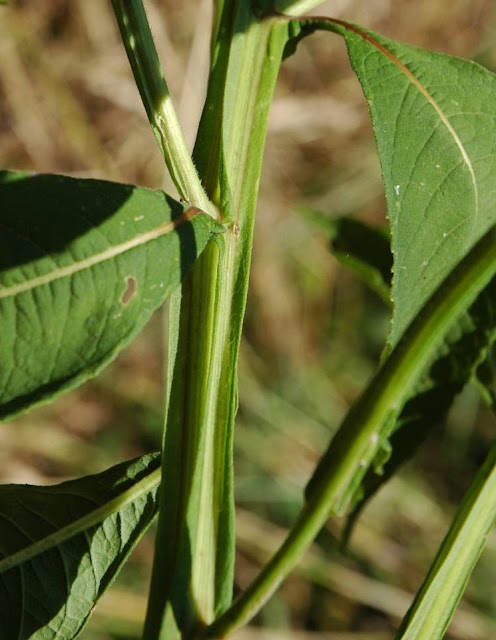 Wingstem is too tall to photograph in one shot, so here are the flowers, leaves, and stem. Wingstem is common in bottomlands and wet soils. 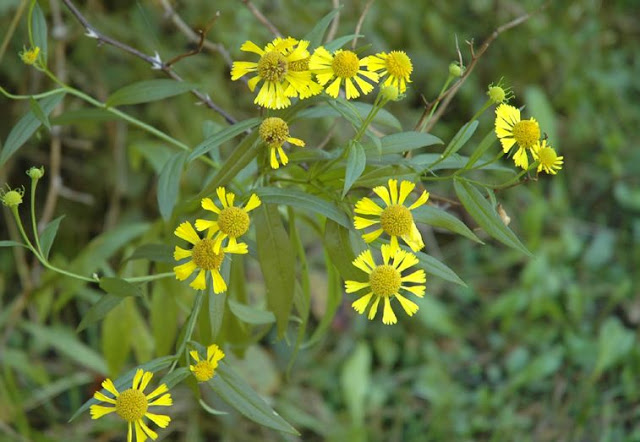 Common Sneezeweed occurs in various habitats, but I have found it more often in moist soils than the next species.
I see the Purple-headed most often in dry upland soils and prairies.


Plants with most leaves alternate.  What's this 'most' bit. Sorry, some can be both.

4a) Leaves primarily basal, large and broad, up to two feet in length...5
4b) Leaves smaller, more well distributed along the stem...6 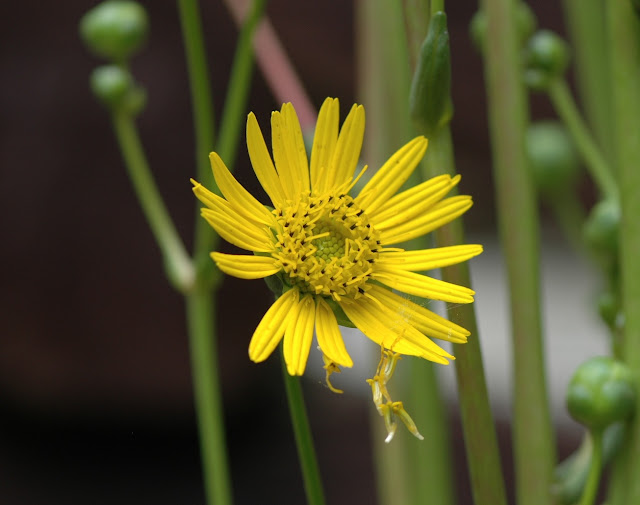 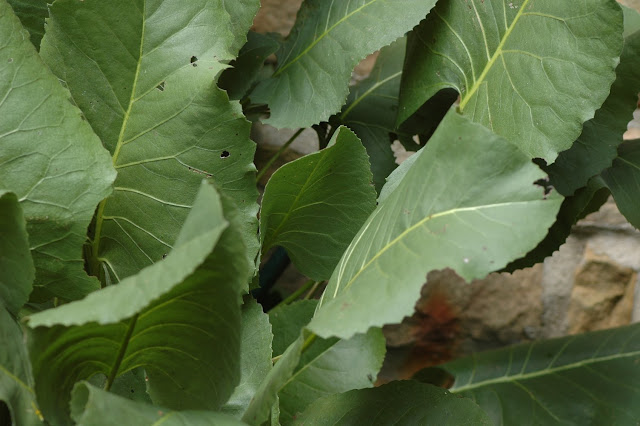 Prairie Dock, the classic species of the prairie grasslands. It can grow up to 10 feet tall, and send roots down 10-15 feet. There is one variety whose leaves are divided similar to Compass Plant. 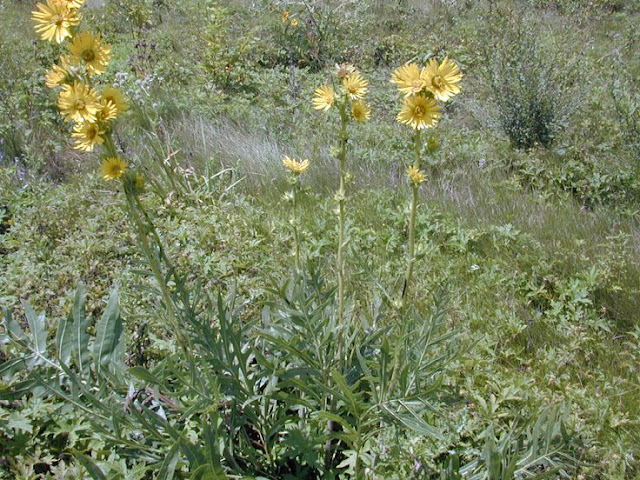 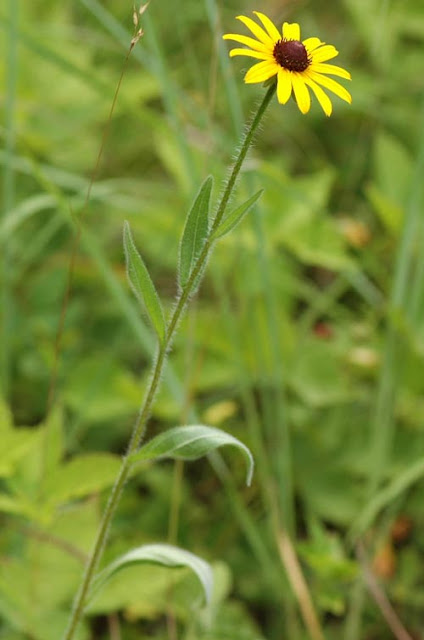 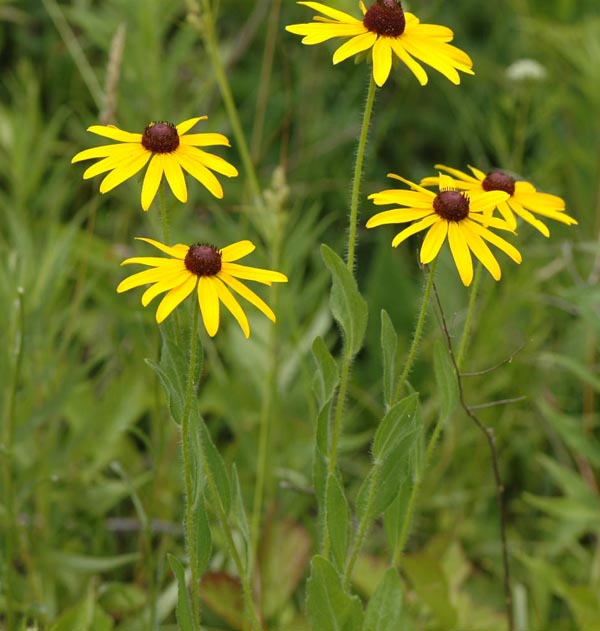 The common Black-eyed Susan. There are many varieties of this used in gardening. 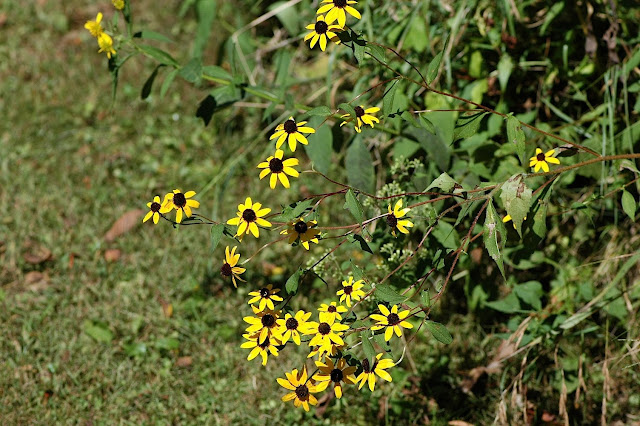 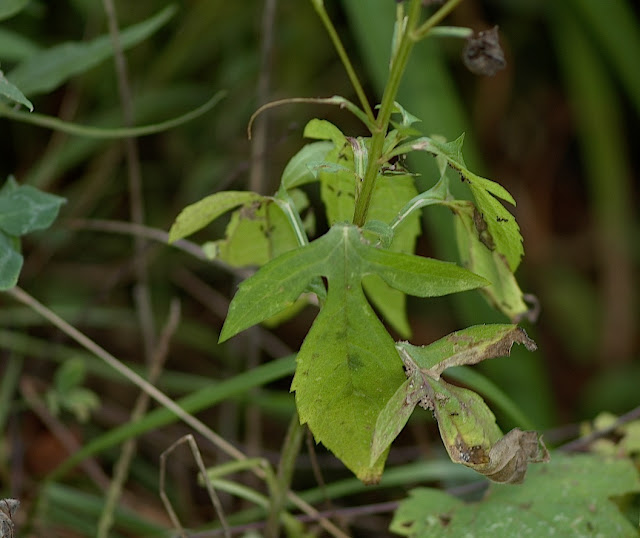 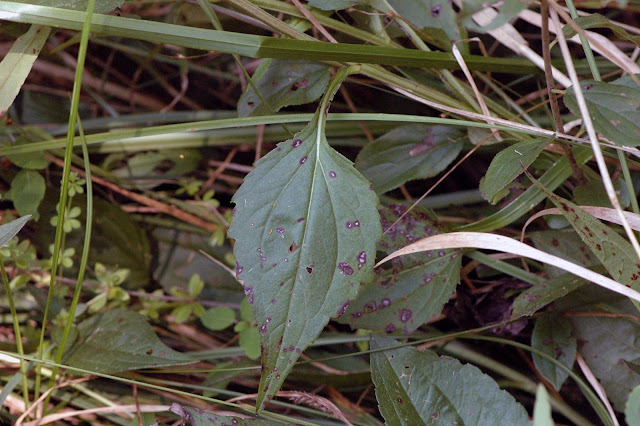 Another often planted species is the Orange Coneflower, Rudbeckia fulgida. Looking a bit like both the above, it has egg shaped leaves, and deep yellow rays with a tint of orange throughout, or at the base of each ray. 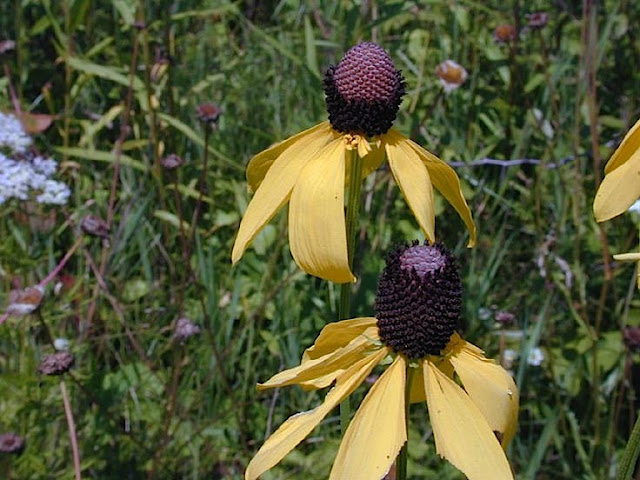 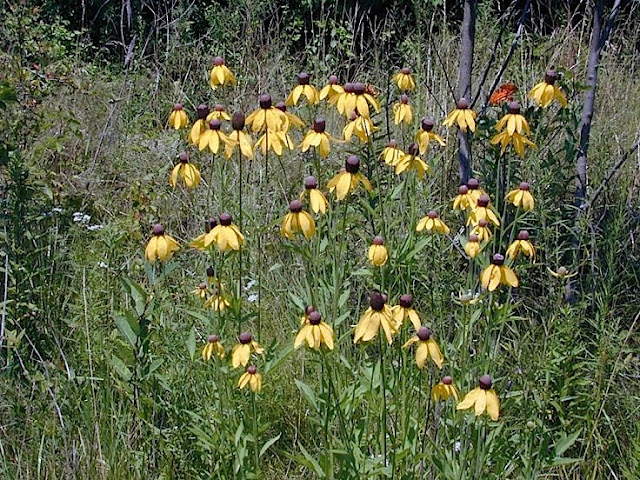 Gray-headed Coneflower is a common prairie pioneer species. Over time it will be out competed by other plants. 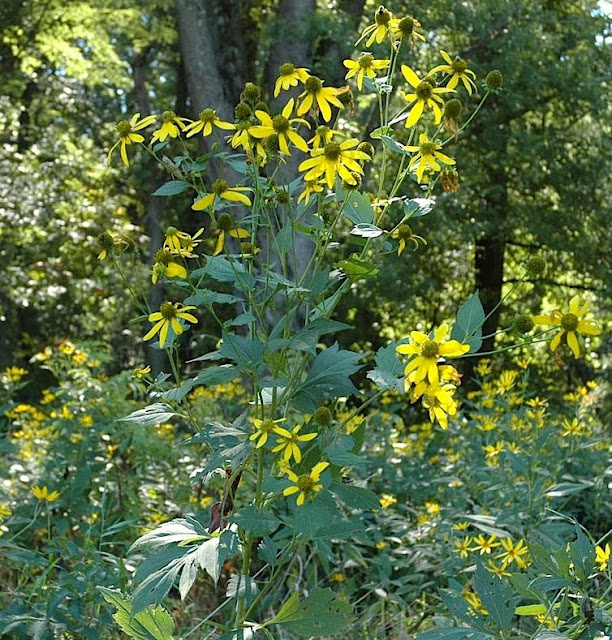 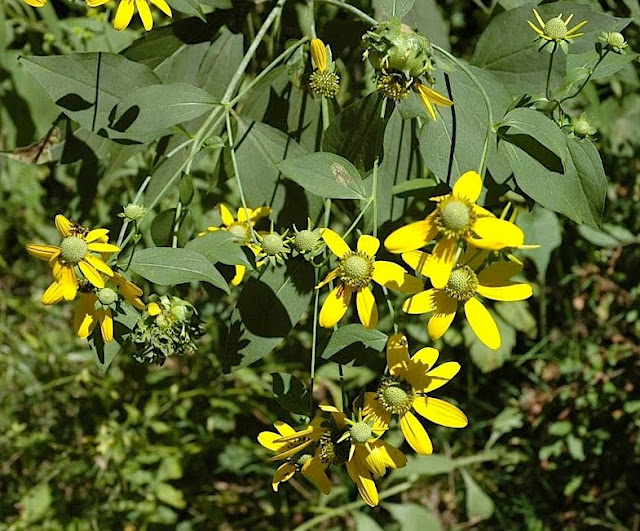 Look for Green-headed Coneflower in moist soils of shady forests or forest edges.


Those were the easy ones. The impossible opposite branched ones are coming. I only say that because none of them fit easily into a "simple" key, and part two may end up as just species descriptions.