Keep Your Hands Off My Dodder! 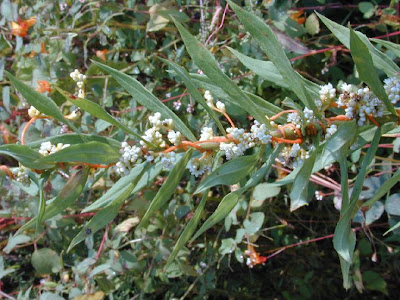 Here I am sitting quietly at Wakeena minding my own business.  Trying to be as still as possible and photograph these,  when who sneaks but behind me but manager Tom Shistler, and yells those very words.  Needless to say I flinched. 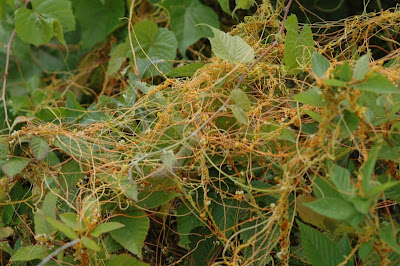 Who sprayed Silly String all over my garden??  Dodder is a common parasitic, non-chlorophyl plant. In much the same way butterflies can detect chemicals from a plant most suitable for it's caterpillars, Dodder also senses which plants are emitting the most volatile chemicals, and grows towards that potential host. 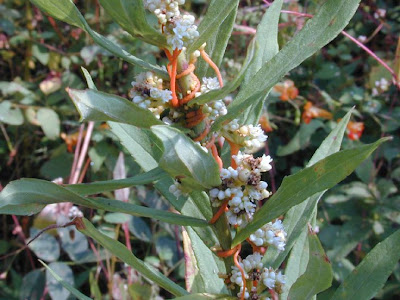 Looking like bright copper wiring, Dodder begins to wrap around a plant. It does not hold so tightly as to choke the plant though. 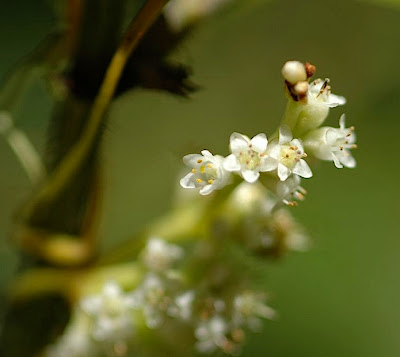 Consisting of clusters of small white 5-petaled flowers, Dodder begins to literally "drill" down into the stem of it's host. 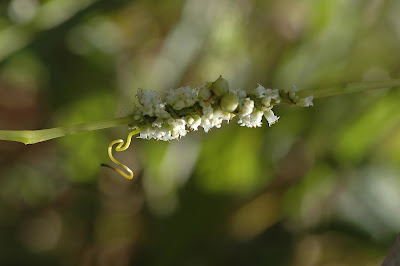 Once establishing it's "roots" inside a new plant, it severs itself from the original growth coming from the ground. From this point on it is dependent on it's host for all nutrients. 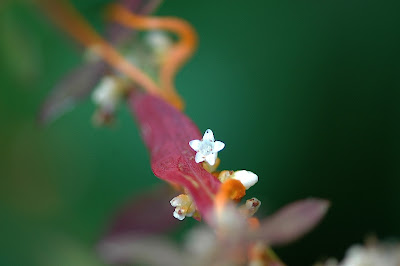 Dodder was once in a family all it's own, but is currently placed as a member of the Morning Glory family.  I say currently because plant families seem to change like the moon these days, so who knows where it will eventually stay. 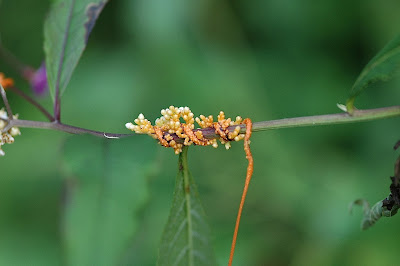 Since it has no need to photosynthesize, it has no green leaves. The leaves have been reduced to scale like bumps along the stem. 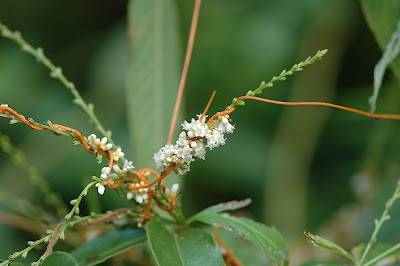 There are 15 species of Dodder in the eastern U.S.  All of them look alike.  As to which species are pictured here?  I have no idea, go ask your dodder.
Posted by DenPro at 11:39 AM