In a previous post I made mention of carrion beetles, and thought hey, why not share some info about a project I was involved with. 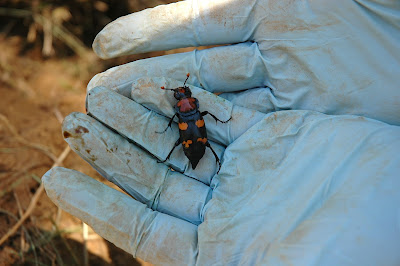 The American Burying Beetle Nicrophorus americanus, is a federally endangered species. Populations occur today just west of the Mississippi River and in portions of Massachusetts. The historic range included all the states in between. No one knows exactly why their populations have dwindled so rapidly. Our land use practices probably play a part.  One of the more accepted theories has to do with the extinction of the Passenger Pigeon.

American Burying Beetles were common in collections until the birds demise. The simple lack of available carrion may be to blame. In the last decade, there has been an effort to reintroduce them throughout their previous range. Here in Ohio, the U.S. Forest Service is working with the Fish & Wildlife Service.  Beetles are being raised at the St. Louis Zoo and Ohio State University. 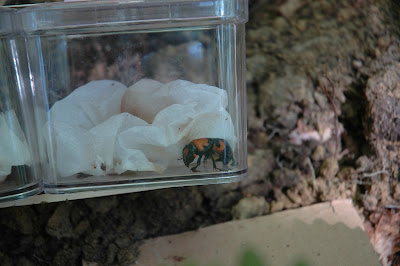 When a site is located, beetles are transported in plastic containers holding either a male or female. 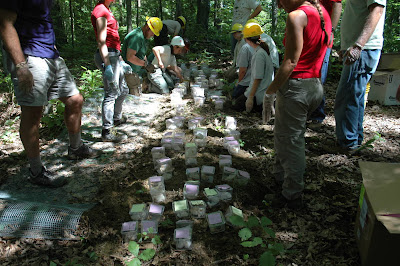 Male and females are all laid out and paired up. 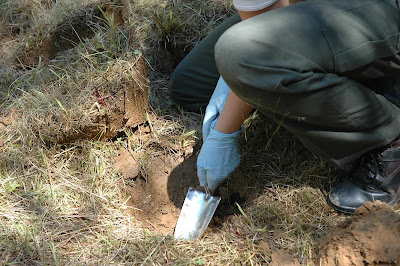 Then a series of holes are dug just deep enough to put the food source in. 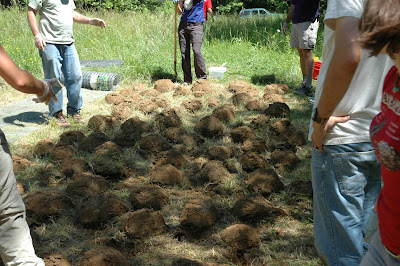 The beetles are not spread out through the forest, but released in a concentrated area. 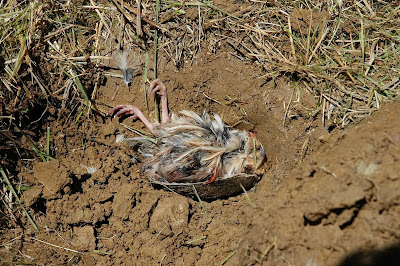 Dead birds such as quail or young chickens are used to attract the beetles and encourage them to begin mating and preparing the food source.  These beetles emit a chemical upon the carrion that discourages the growth of bacteria. 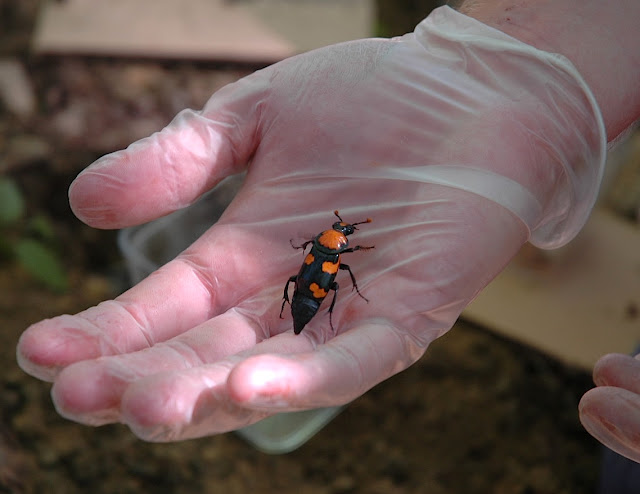 The beetles are then removed from their containers and dropped into the holes. There are other species of carrion beetles in Ohio that have 4 orange spots on the wings, but the spots are much smaller. The American Burying Beetle also shows a very large orange spot on the thorax, and yet another spot on the head. This species is also larger than all the others in the family. 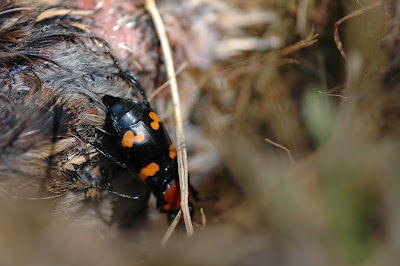 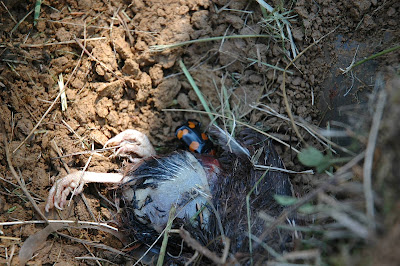 While it is inevitable that some beetles will wander away from the holes, most immediately take to being put on a dead carcass.   After both sexes have been put in the ground, dirt is put back over the area. 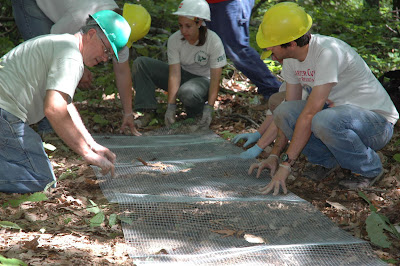 A screen is then laid over all the released beetles.  Of course they can crawl out of the screen. The hope is they will stay put and begin to raise young. 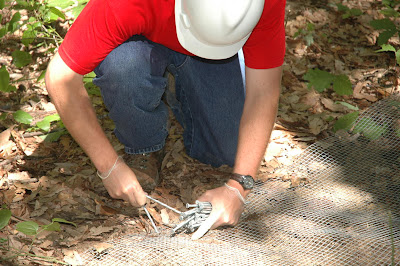 The screen is then secured tightly to the ground with a series of nails.  This is to prevent other predators from digging up the dead birds. After the young are born, the adults tear pieces of meat off and feed it to the young.  In the same way gulls tap the beak of their parents to be fed, the young beetles will often nip at the mandibles of their parents when hungry.  These beetles can live for a year, and it is with hope that projects like this will bring the populations back.
Posted by DenPro at 2:35 PM