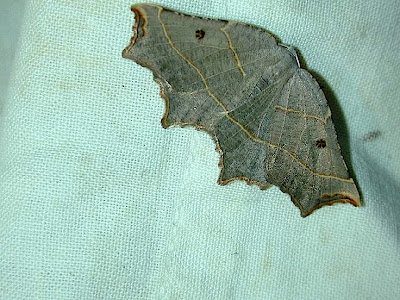 The Geometridae are better known as Inchworms. Inchworms lack a complete set of prolegs. They have them at the beginning and end of the abdomen, but not in the middle. So to avoid scraping their belly against the ground, they "loop" when they walk. I'm sure everyone has seen an inchworm move. Can you recognize the adults though? As a group, they generally have very narrow bodies, and broad wings like this Metanema inatomaria, the Pale Gray Metanema. Another character many have is this broken margin on the wing edges. This adds to their camouflage abilities. 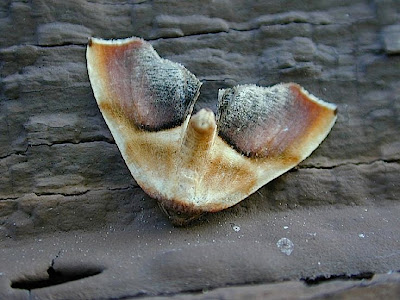 Another example of irregular wing margins. This two toned moth is the Purple Plagodis, Plagodis kuetzingi. It's food plant is Ash. Considered in some areas to be uncommon, it may become even more so with the Emerald Ash Borer problem. In Canada, a large number of Inchworm species feed on Hemlock, Spruce, and Fir, and are considered serious pests to potential lumber trees. 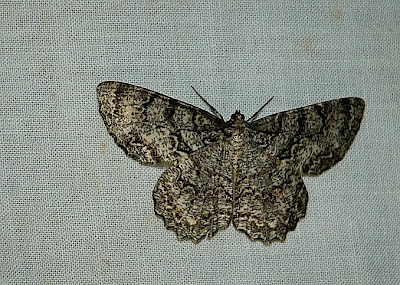 One of the largest and perhaps most common of Inchworms in our area is Epimecis hortaria, the Tulip-tree Beauty. Besides Tulip it feeds on Sassafras and Pawpaw. It may not be colorful, but the black and white pattern is striking none the less. 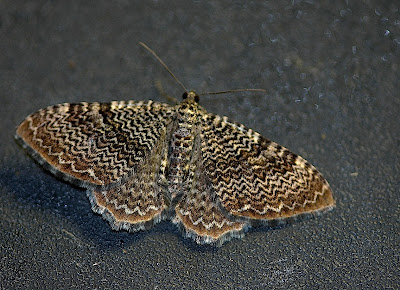 Speaking of striking patterns, this inchworm resembles a sea shell, and is known as the Calico Scallop Moth, Hydria prunivorata. 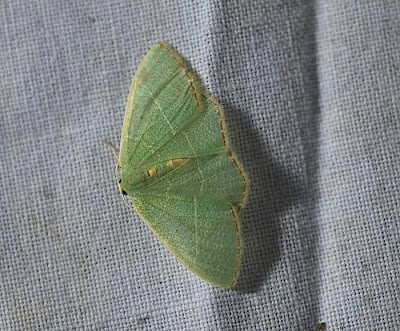 Among the Inchworms is a group of green colored species, separated by the type of dots on the body and the lines in the wings. This is Nemoria bistriaria, one of the many Green Emeralds. 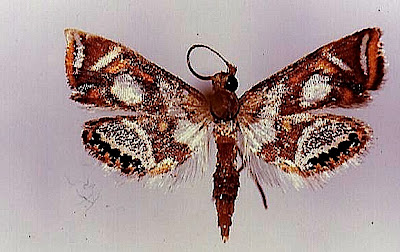 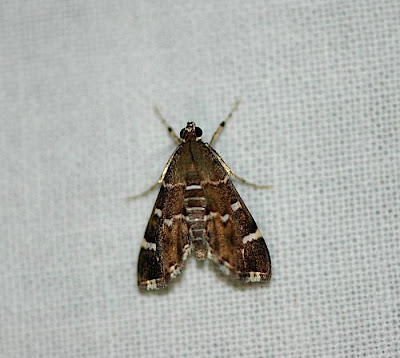 In the moth world, we tend to group the smaller more primitive moths into what we call Micro-Moths. One of those families is Pyralidae. The interesting thing about these two above is they belong to a sub-family called Nymphulinae. The larvae are aquatic. They live underwater, feed on Spatterdock, Pondweed,  and Pond Lily, and breath through gills. 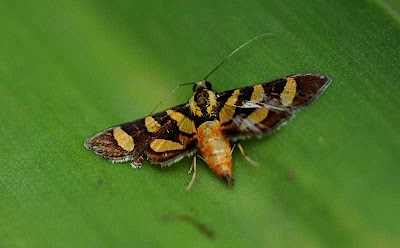 This colorful spotted member is found in Florida. It commonly nectars at plants during the day, and is called the Red-waisted Florella, Syngamia florella. 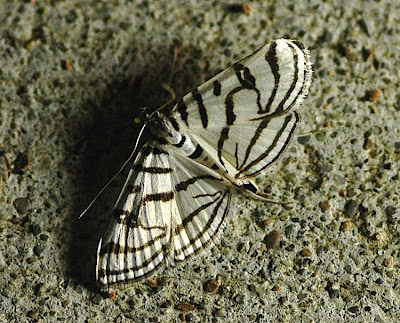 This Zebra striped guy is commonly found in our area, and is known as Conchylodes ovulalis. When you get down to the micro moth families, many of them simply don't have a common name. 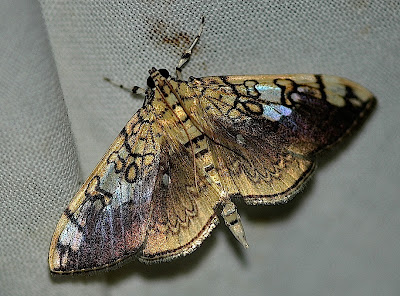 This is the Basswood Leafroller, Pantographa limata. In the light it shines an iridescent gold, silver, and purple. This family of moths, the third largest in North America, have long antennae and very long skinny bodies like inchworms, but the wings are usually narrow rather than broad. Up close, the Pyralids are also known for having large mouthparts called palps. 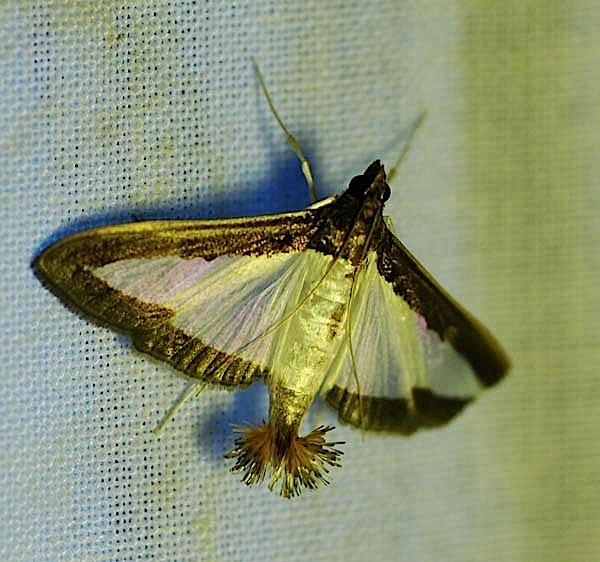 Named after its food plant preferences, this is the Melonworm Moth, Diaphania hylinata. Those structures at the end of the abdomen are called hair-pencils. Not all moths have them, but those that do use them in courtship. Males brush these around females, as they contain sex pheromones released from the body. In most moths the pheromones serve simply as an enticing aphrodisiac, but in some they will sprinkle the pheromones right onto the female antennae, making her literally overwhelmed, and receptive to mating.
Posted by DenPro at 1:45 PM